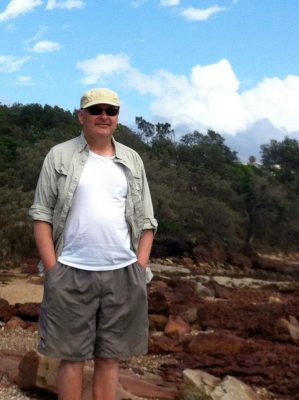 As well as the novels, Andrew has blogged about his quest to eat at every restaurant and café along the length of King Street, Newtown. The only trait he shares with John Lawrence, the dangerous and scarred ex-army lead character of the novels is a love of single malts, flat whites, and bacon-and-egg rolls.

Andrew grew up in the suburbs of Sydney, the main setting for his stories. By the time his first novel came out, he had spent forty years working as a stagehand, cameraman, gardener and landscape architect. He now lives and writes in an old weatherboard house on Yuin country on the far south coast of New South Wales.