We first noticed Three Queens when we did a bit of a retrospective of the changing King Street scene. What used to be a closed up and unlamented pizza joint was reborn as a bright and airy café on the corner of King and Forbes Streets. Right next door to Izote Mexican, one of our old favourites. So when a breakfast outing was called for, Three Queens sprung to the top of our reQuest list.

The name of the café is apparently a reference to the three owners, two of whom started a café in Surry Hills called St Jude’s, that I have never heard of. So there you go: research done.

There is no actual big brekkie option at Three Queens, which immediately freed us from the usual café Rule. Strop decided to continue with her current fritter-esque fetish and chose the Potato and Lemon Thyme Hash Cakes. I decided on the Queen Plate, as this seemed likely to be the Three Queens’ signature dish and, therefore, equivalent to a big brekky. Also it came with poached egg and leg ham, which is a good basis for any breakfast. The juice choice was limited to orange, which is what I wanted anyway but I’m pretty sure Strop would have chosen something with ginger and dew siphoned from the hairy legs of Himalayan spiders, or some such exotic and trendy ingredient. She tends to keep up with such things, while I am busy watching TV shows about zombies. I think that is the secret to the success of our relationship; she gives me space to study techniques for killing the undead, and I don’t send her up. Anyway, the juice was sweet and cold, and deliciously refreshing. 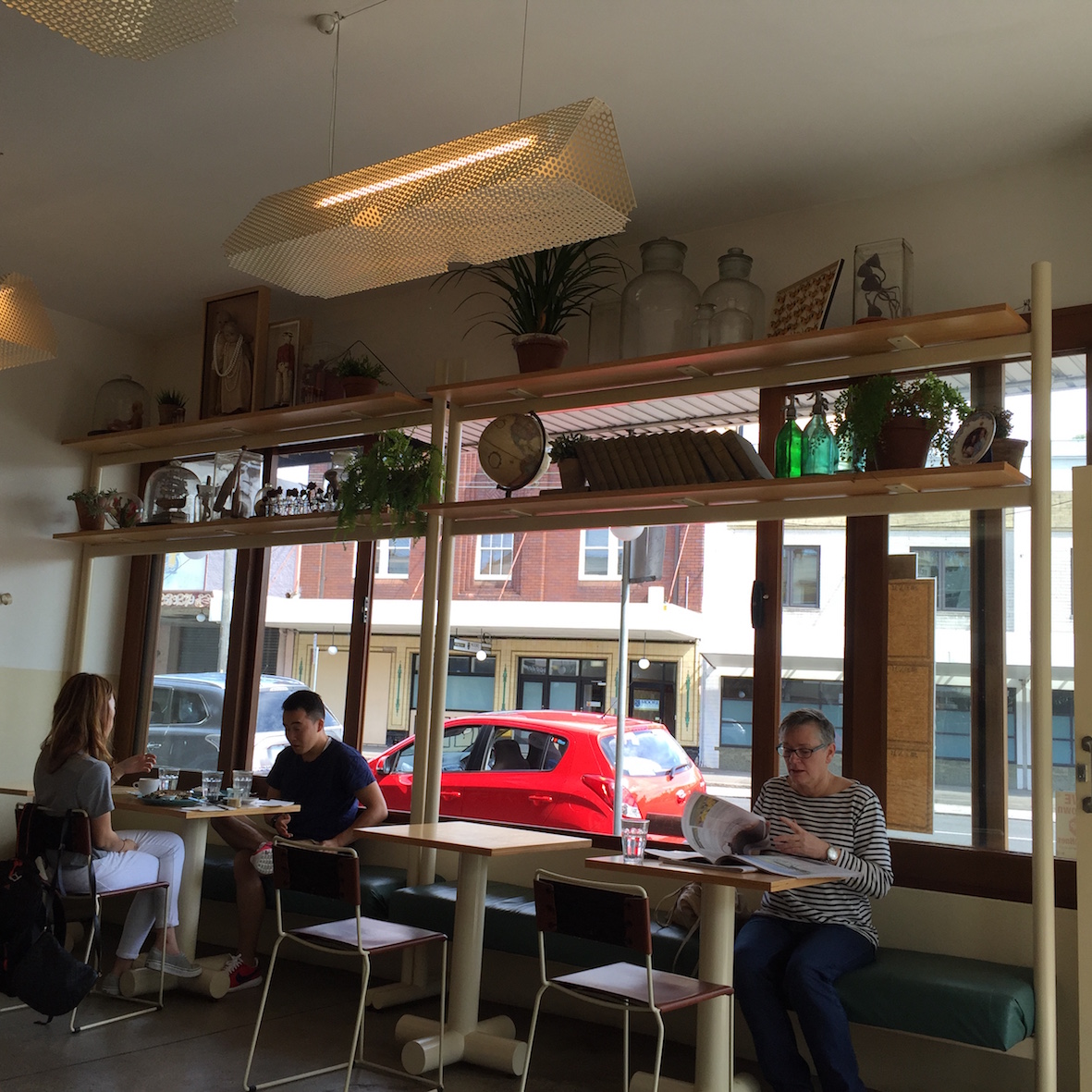 The café is spacious and light, and refreshingly un-grungy, even with its polished concrete floor. There are big windows, and shelves with plants and carefully selected ‘random’ bric-a-brac. The windows are great to watch the passing parade on the footpath outside. At one point Strop exclaimed, “It’s really funny when people look like their dogs. Especially when they’re pugs.” People watching is our kind of spectator sport.

While not full, Three Queens did a steady trade in takeaway coffee, and seemed to be selling quite a lot of bacon and egg rolls, to hi-vis wearing tradies. There must be a construction site nearby. We had plenty of time to ponder such things as our food seemed to be taking quite a while to come, and a couple of other tables that had arrived after us had already been served. Normally we wouldn’t have noticed such things but, as I said, we had time on our hands. Happily though, the senior staff member on duty, who may have been one of the aforementioned Queens, noticed our wait, and apologised offering free coffees. Which was a really nice and considerate touch. Apparently they had a few new staff members, and a bit of on-the-job training was happening in the kitchen. The floor staff were very good, and very polite. Every thank you from us was greeted with a crisp you’re welcome in reply. 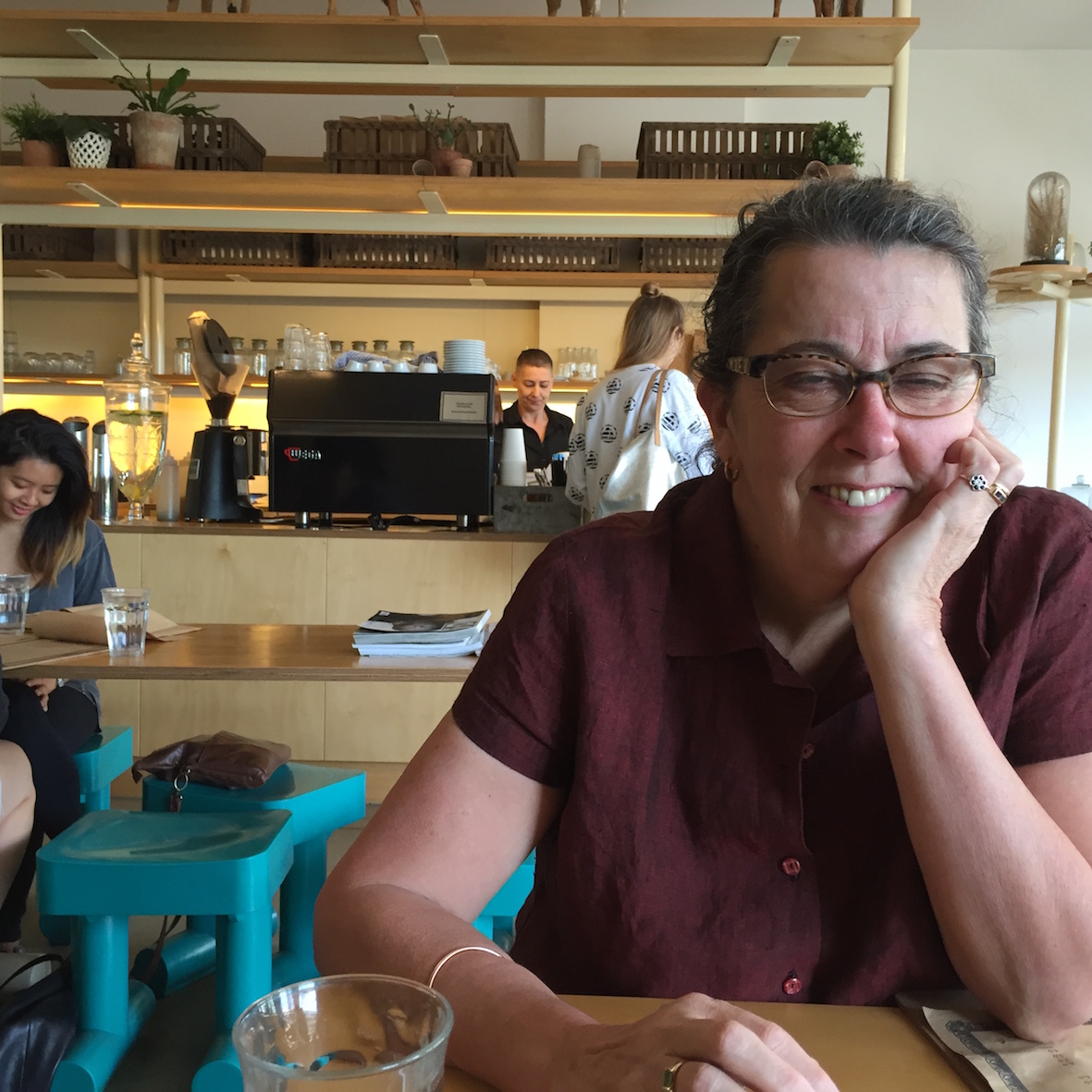 When our food did arrive it was worth the wait. Strop’s potato cakes were very good, and so was my Queen Plate. The poached egg was perfectly cooked, the ham tasty, and it came with an excellent eggplant pickle. The only let down was the labneh, which I have always thought was overrated.

We were having such a good time that we decided to have dessert with our complimentary coffee. Banana bread with ginger butter, it was as good as it sounds. The coffee was good and strong too, I’d have been happy to pay for it.

After breakfast we wandered back along King Street, checking out the ever-changing urban fabric of Newtown. 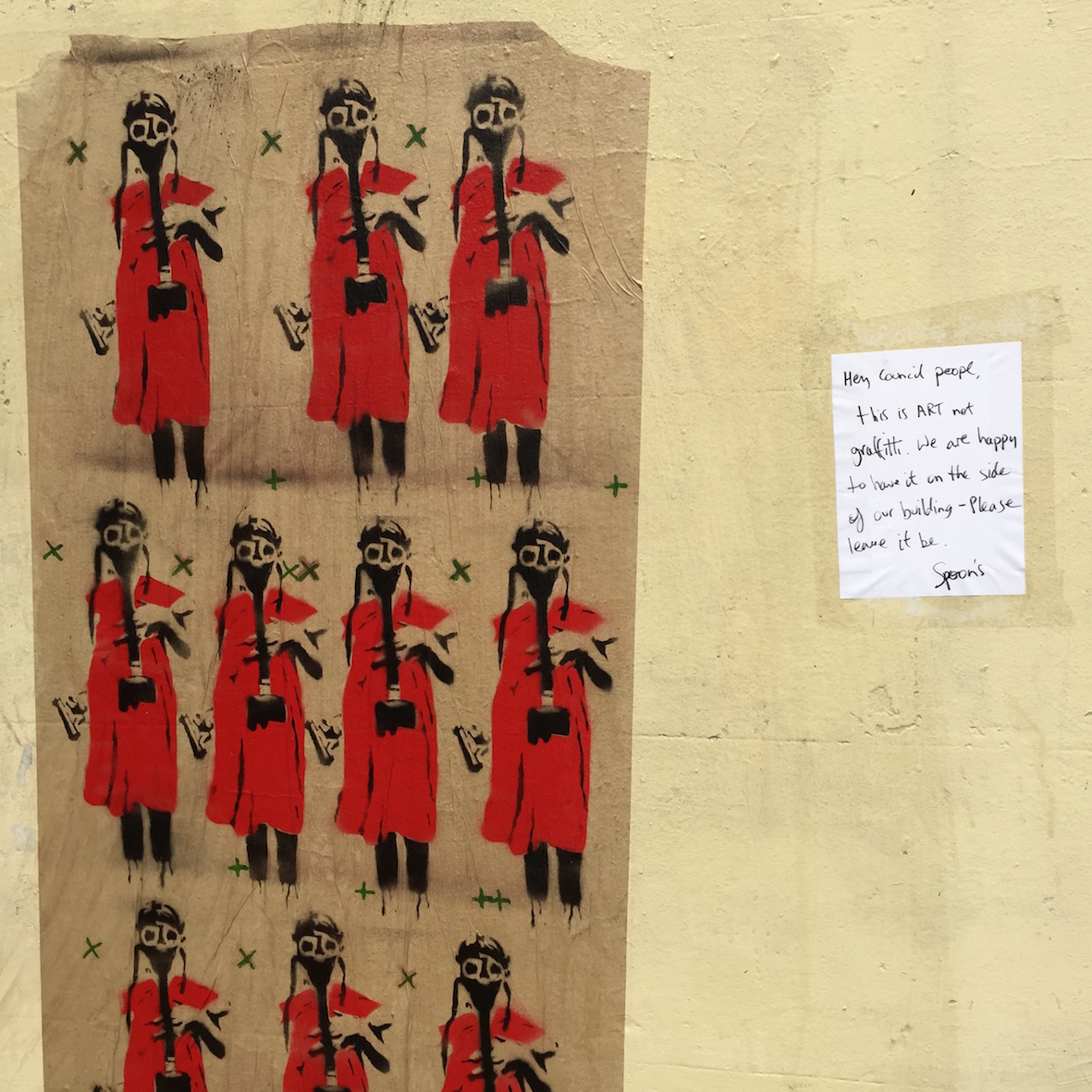 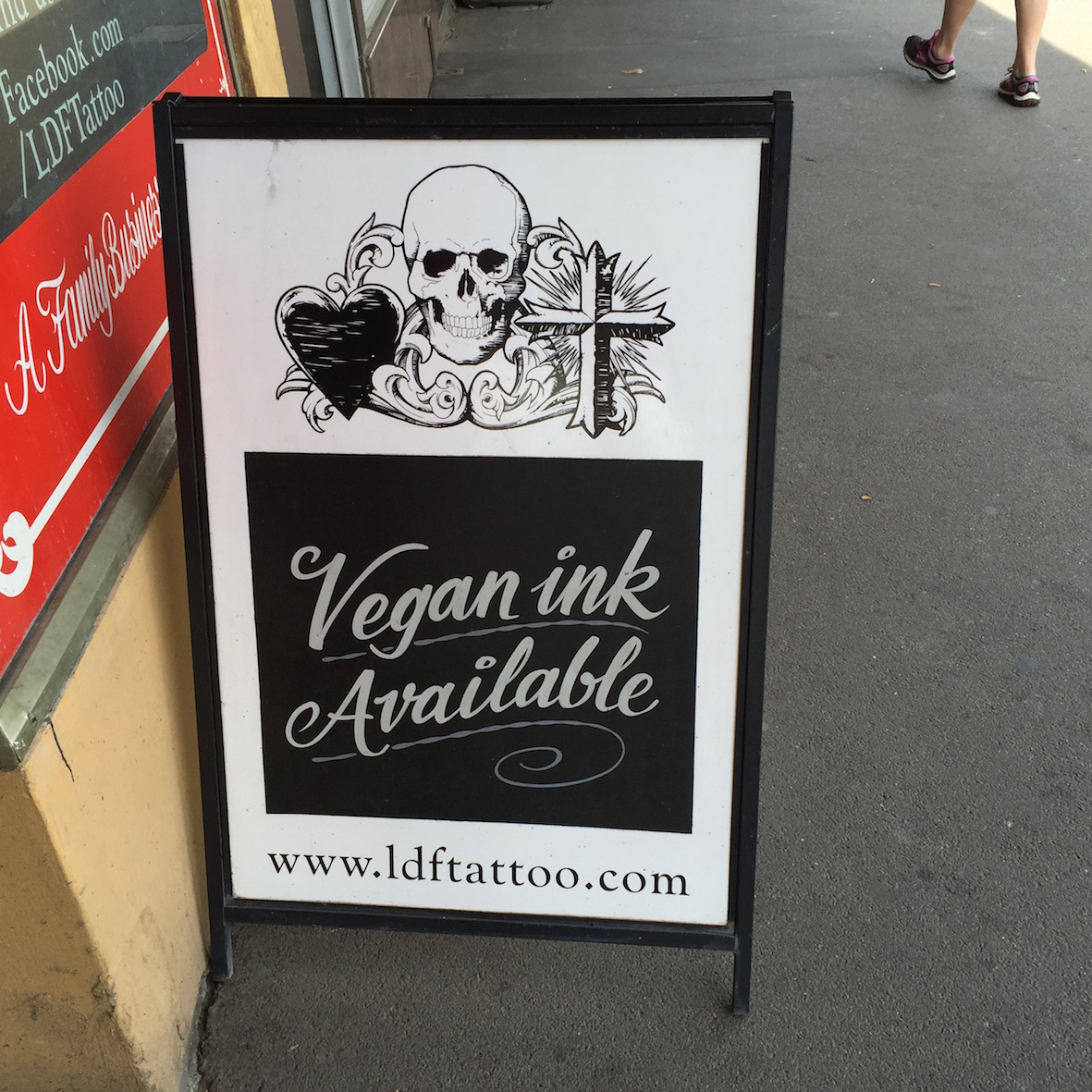