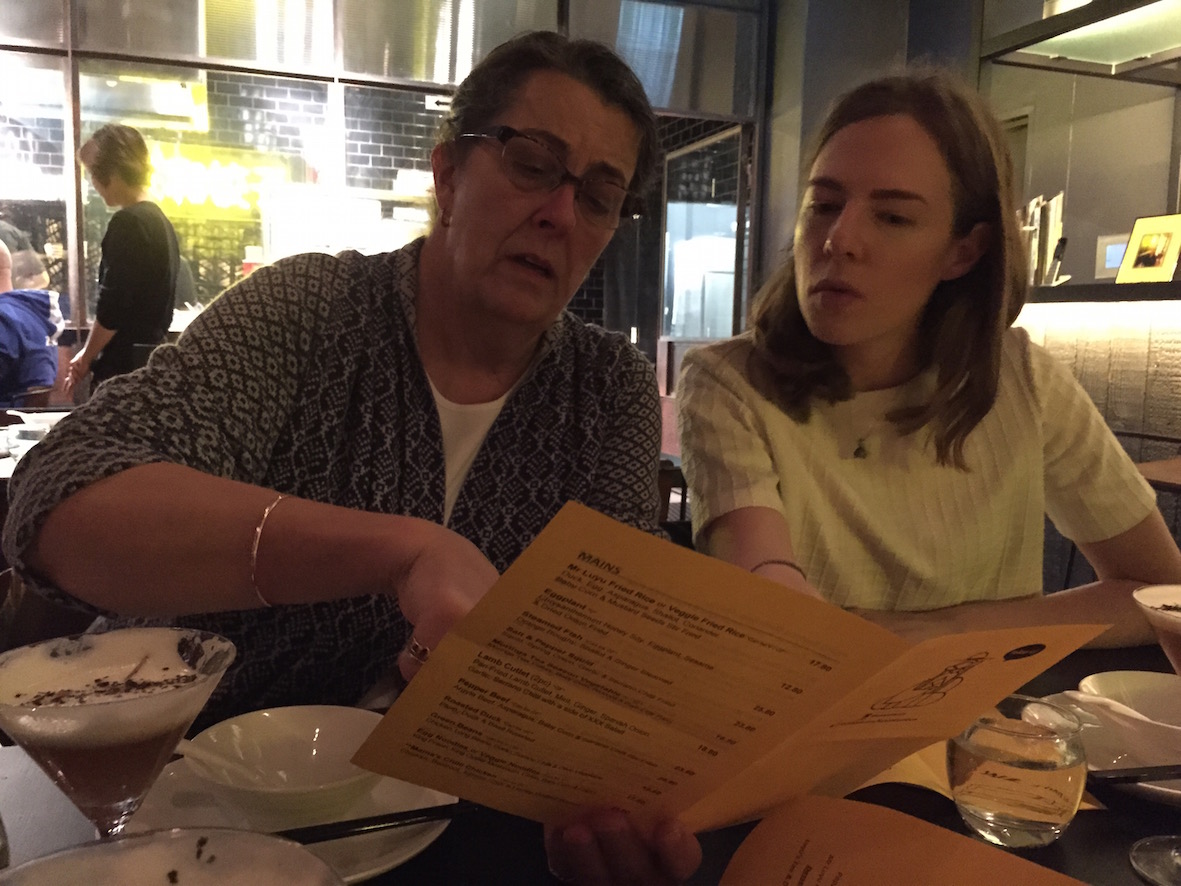 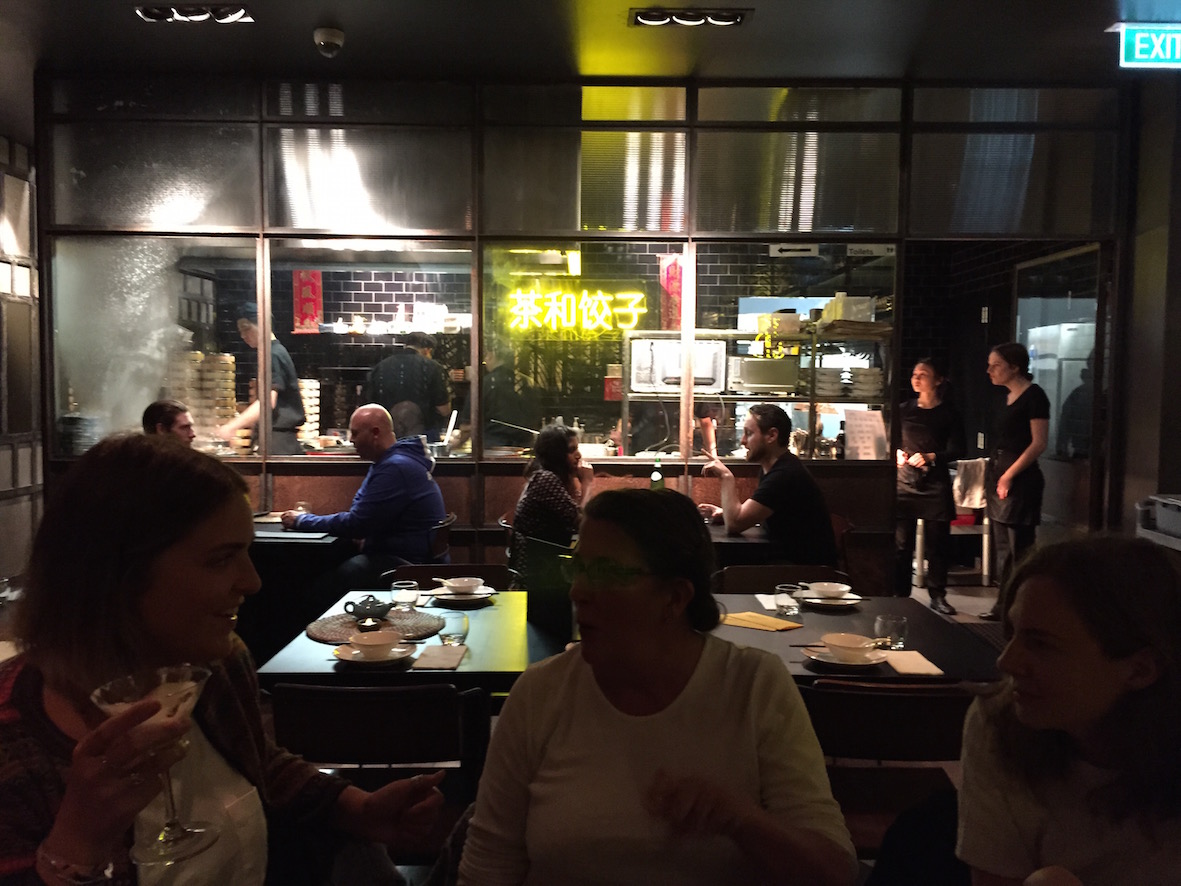 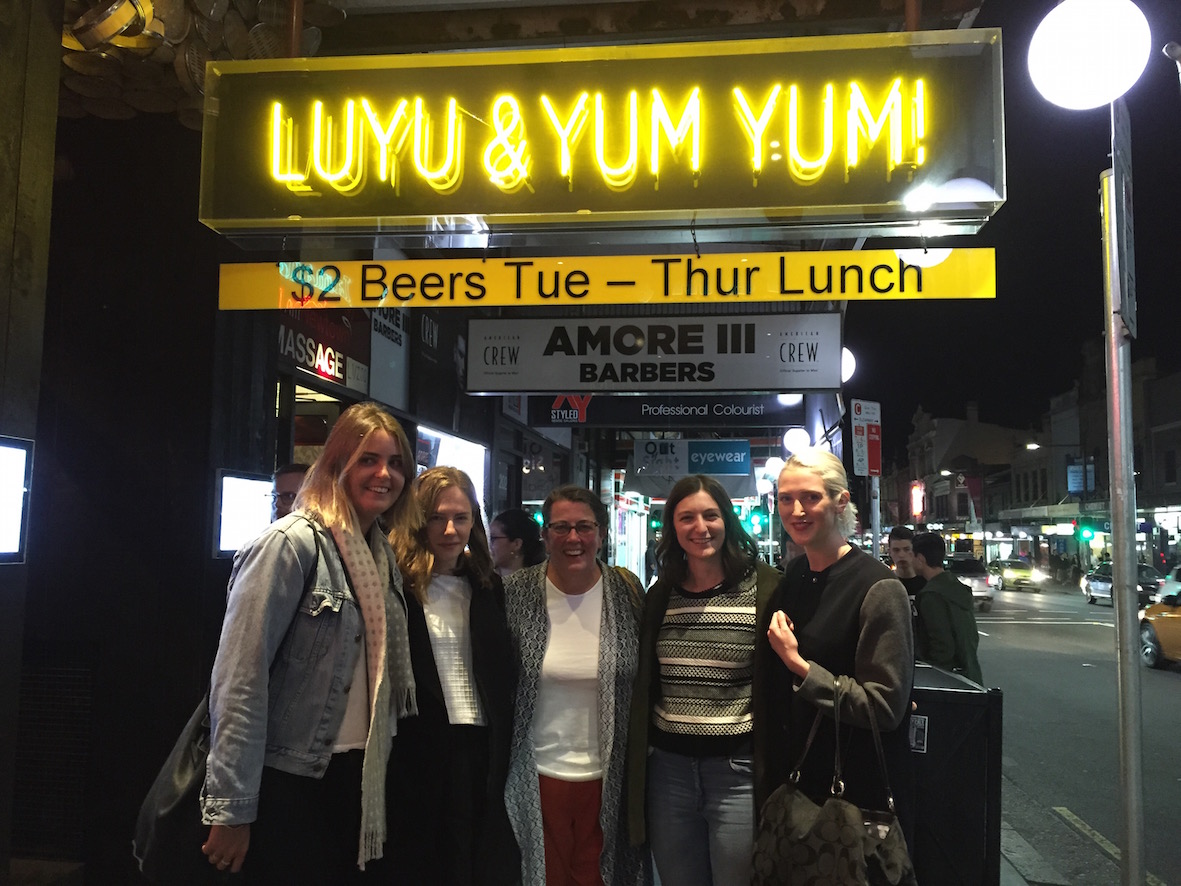 Strop is a knitter. She has been called an extreme knitter by some who know her well, and even a complete knitter. Some of you may have seen young Ned adorned in her handiwork back at the Cheeky Czech. She is a knitter on a mission to leave no head uncovered. Every unsuspecting baby that comes within foisting range is to be supplied with a colourful winter head warmer. Rates of pneumonia are plummeting across the nation thanks to her efforts. But Strop is not satisfied with just churning out the same old thing time after time. No, her designs are evolving, new and exciting shapes are flying off the needles. One of the first to benefit from her new line is Matilda, long-time-great-mate of The Stropolina. It must be admitted though that the glory of the new model has caused some ructions in the ranks, and while Matilda is thrilled, The Stropolina has let it be known that she would like to upgrade her own woolly prototype.

To celebrate the handing over of the new hat we are all going out for a pizza or two.

Basil is a small place with a tables at the front and a kitchen at the back. It is quite busy when we arrive but we drag a couple of tables together and sit ourselves down. Matilda is quick to note that being Tuesday there is a free bottle of wine on offer if we spend more than $30. We’re definitely in the right territory here. We quickly order a bottle of Italian Montepulciano (rough and ready and, importantly, free) followed by a Potato and Rosemary (the number 37 of pizzas), a Napoletana, a Santorini and a Carolina.

Cheap and cheerful is the order of the day at Basil. The wine glasses come with a blue tint, little fish patterns, and thumb prints. After the wine is opened Matilda decides she isn’t drinking (driving) and neither is The Stropolina (the wine’s too rough). Strop and I just smile at each other and refill our glasses.

While we are waiting for the pizzas we talk about Matilda’s upcoming Big Trip. Where are the best places to go in London, and Paris, and New York. We reel off suggestions for a while, arguing the merits of new versus old Tates, the V&A, and the John Soane museum, in London, The Met in New York and the Musee d’Orsay in Paris. Then we get side-tracked into food (Quesadilla, it’s just a toasted sandwich isn’t it?) and music. Matilda is a singer and one of her regular gigs is wrangling a jazz ensemble made up of 13 year olds. Apparently the best fun is letting them go for it in a free jazz session for the last 10 minutes. I’m not entirely sure what free jazz is but Matilda assures me that playing a trumpet into a bucket of water is an essential part of it.

When the pizzas arrive they are light and crispy, with fresh clean flavours in the toppings. Not Gigi standard, but not at all bad. I will be definitely be trying out the home delivery service.

The Stropolina starts reminiscing about food, reminding us that while she was growing up she had to put up with an exclusive diet of bow-tie pasta with prickly parsley and tinned tuna. And that I, in particular, had scarred her sister for life by force-feeding her Tahini Bolognese. What can I say, we were poor.

It’s been a fun night at Basil. The pizzas are good but the service is a bit mixed. One of the waitresses is a petulant pom who seems to find any request a bit of an imposition. At one stage she is seen making hand gestures behind the backs of a large table of theatrical-types which suggests she thinks they are up themselves. She might be right but they’re probably not the only ones.

Next stop is a bar that does tapas called Jester Seeds. God knows why.