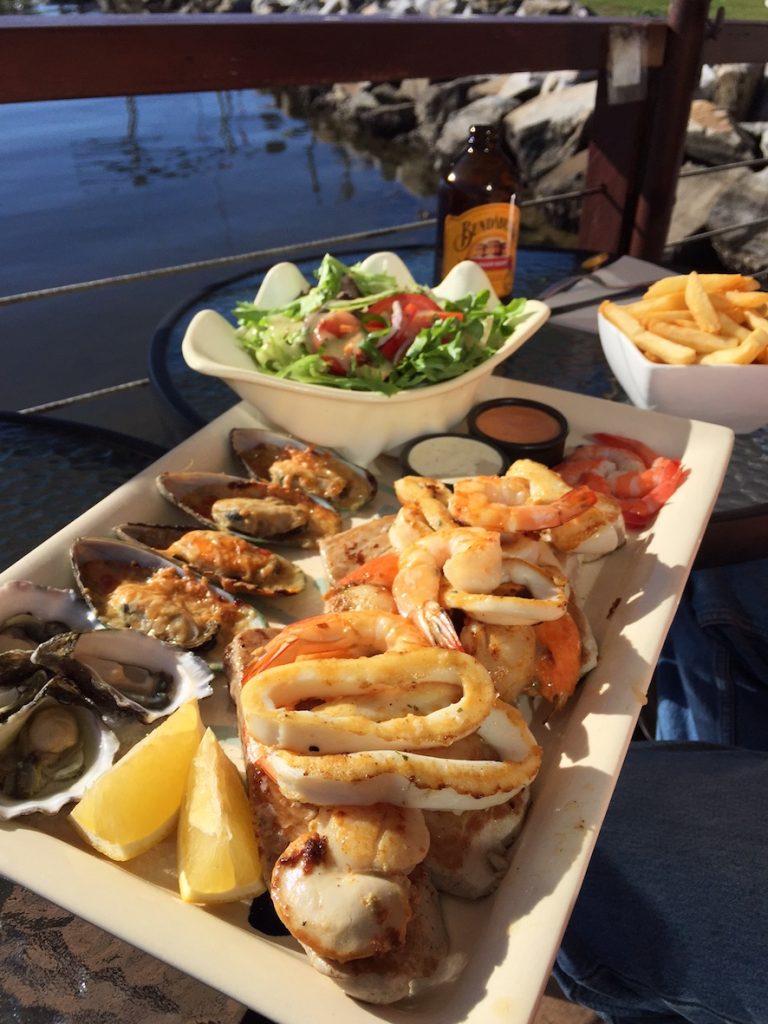 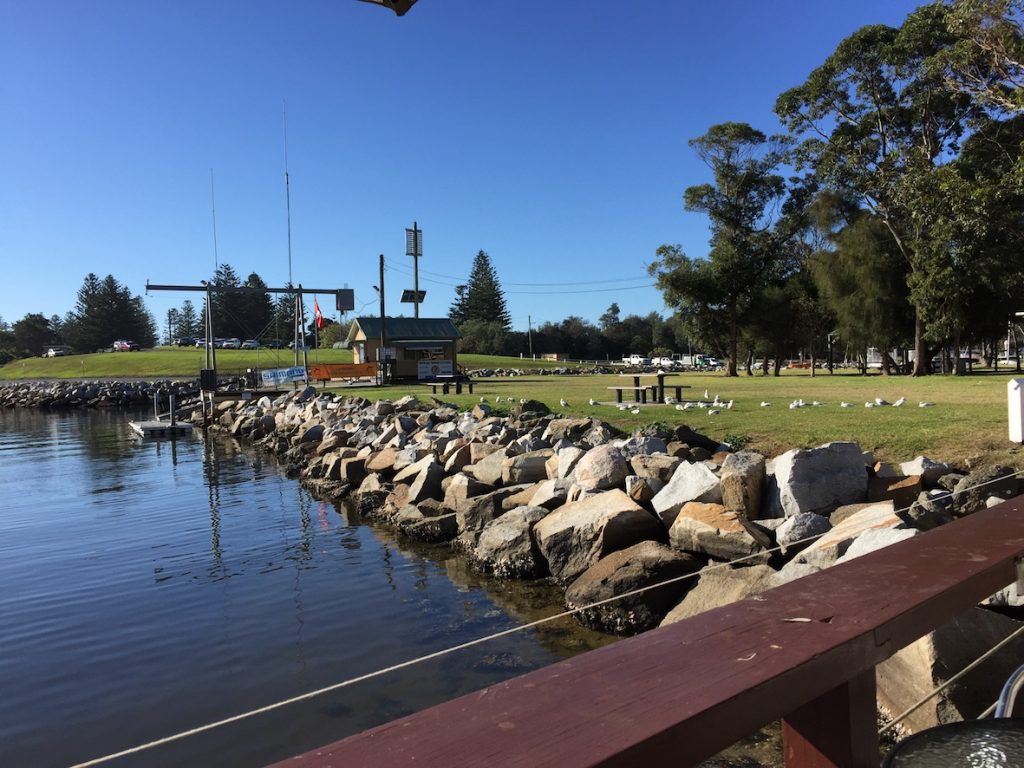 Here we are at another Thai place. Just like Sydney’s buses, they seem to travel in packs.

Doytao Thai is one of the few restaurants in this part of the King Street strip that always seems to be busy. It certainly was on the night we visited. The noise levels made conversation difficult at times, especially for those of us a bit older and harder of hearing. Which was most of us.

Doytao is a bit of a local institution, having been around for a while, and it must be successful, as it has spawned a Thai food empire. There are eight Doytao restaurants stretching from Boronia Park to Sutherland. They must be doing something right.

The Newtown version occupies a broad double frontage and has big louvred windows at the front. There are a lot of generously sized timber tables that offer a lot of room for a dining couple, however when they are arranged, say for a group of five or six, the poor people sitting in the middle have to straddle the joint between the tables as well as having to accommodate both table legs between their knees. 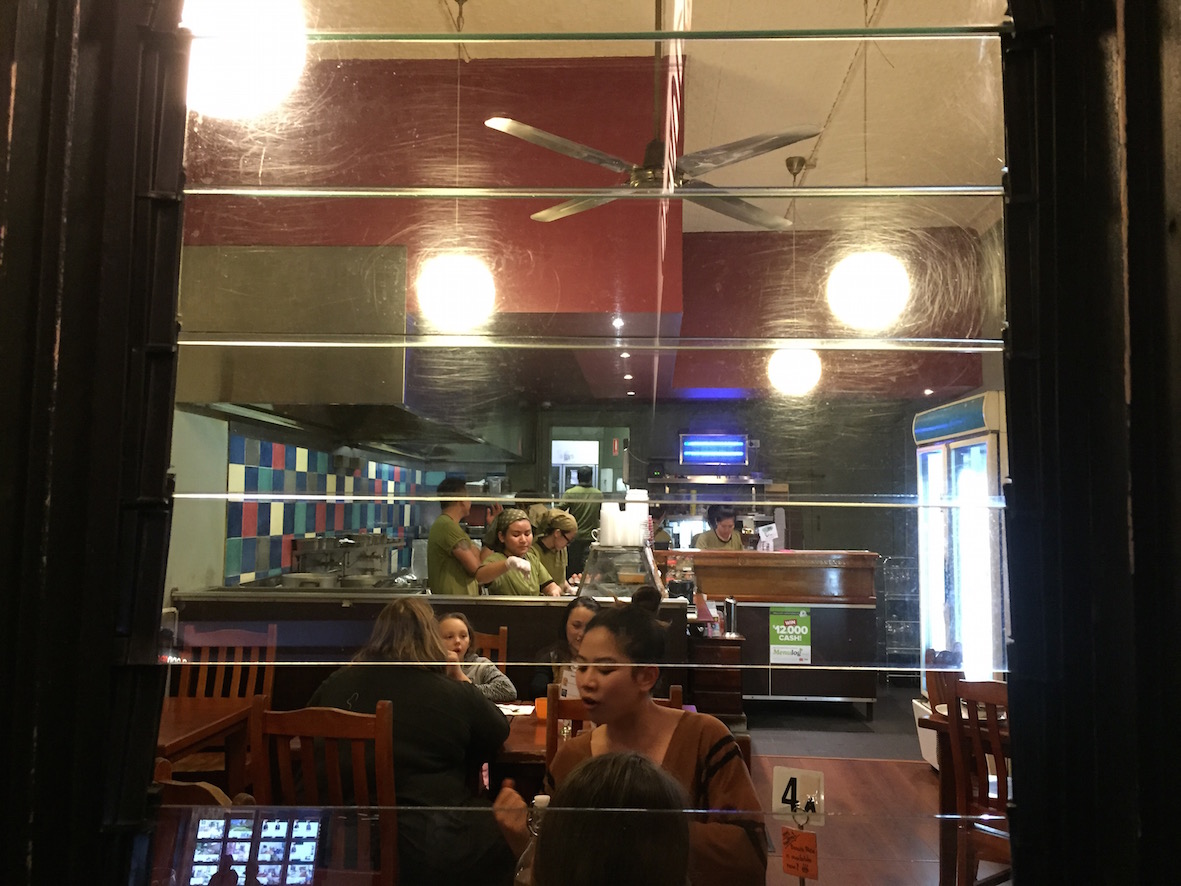 We were joined by some of Strop’s crafting mates for the evening: Cecilie and Susan. Susan’s husband, Ed, and I were just along for the ride really – our challenge was to try to steer the conversation away from dangerous and contentious subjects like crocheting or knitting, towards safer calmer conversational waters. I was imagining we’d be pushing topics like politics or religion, but Ed opted to take things in a deeply personal and affecting direction, into the kind of territory that is more common in royal commissions and the media, than it is in Thai restaurants. His story of his primary school days at a Melbourne Catholic school shocked all of us – except perhaps Susan. Ed is a proper writer (the type who do research and deal in facts) so his story may well end in a book. However hard it may have been for Ed to talk about, he did keep the conversation away from knitting and crochet. For a while anyway.

Eventually we moved on to the discussion of food. This led to Cecilie admitting that she now eats things. I was confused by this, but it was apparently a reference to the fact that Cecilie used to be something of a ‘fussy eater’. Although now the term nowadays is probably wuss. Or perhaps vegan. Her emergence into the world of actual food has been curated by her new boyfriend, who is by way of being a Slovak. They know a thing or two about food, your Eastern Europeans, especially meat, and especially pig meat. And other pig bits. This revelation led to a bit of reminiscing by all of us about dead pigs we have known, but that line of conversation came to an abrupt end when Ed told the story of visiting a friend’s house when he was a child and being confronted by dead pig in the bath. Being bled out apparently. It’s a wonder he’s so normal really.

The menus at Doytao are numbered, but not in a way that is useful for establishing the identity of number 37. It’s numbered by section – 2.3 or 6.8, that kind of thing – so we had to resort to old fashioned counting. 37 turned out to be 7.1 – BBQ Pork, which was subsequently confirmed by Susan’s recount. That was me sorted, time to work out what everyone else was eating. I put a veto on fish cakes after last week’s revelation on their pointlessness (although Susan assured me that her homemade versions were delectable – I’m waiting for an invitation). Cecilie decided to stick with tradition and go for Pad Thai in the vegetarian format and Susan was keen on the Roasted Duck Salad. Strop and Ed wanted to try a steamed fish. This was called Exotic Fish – a whole snapper with Tasty Sauce, and minced chicken, and ginger, and vegetables.

All the women had bought a bottle of wine which was good because the men had other things to think about. I did manage to drink a bit of all of three bottles: the prosecco, the riesling and the sav blanc. I think the riesling was the winner out of that lot. And probably me. 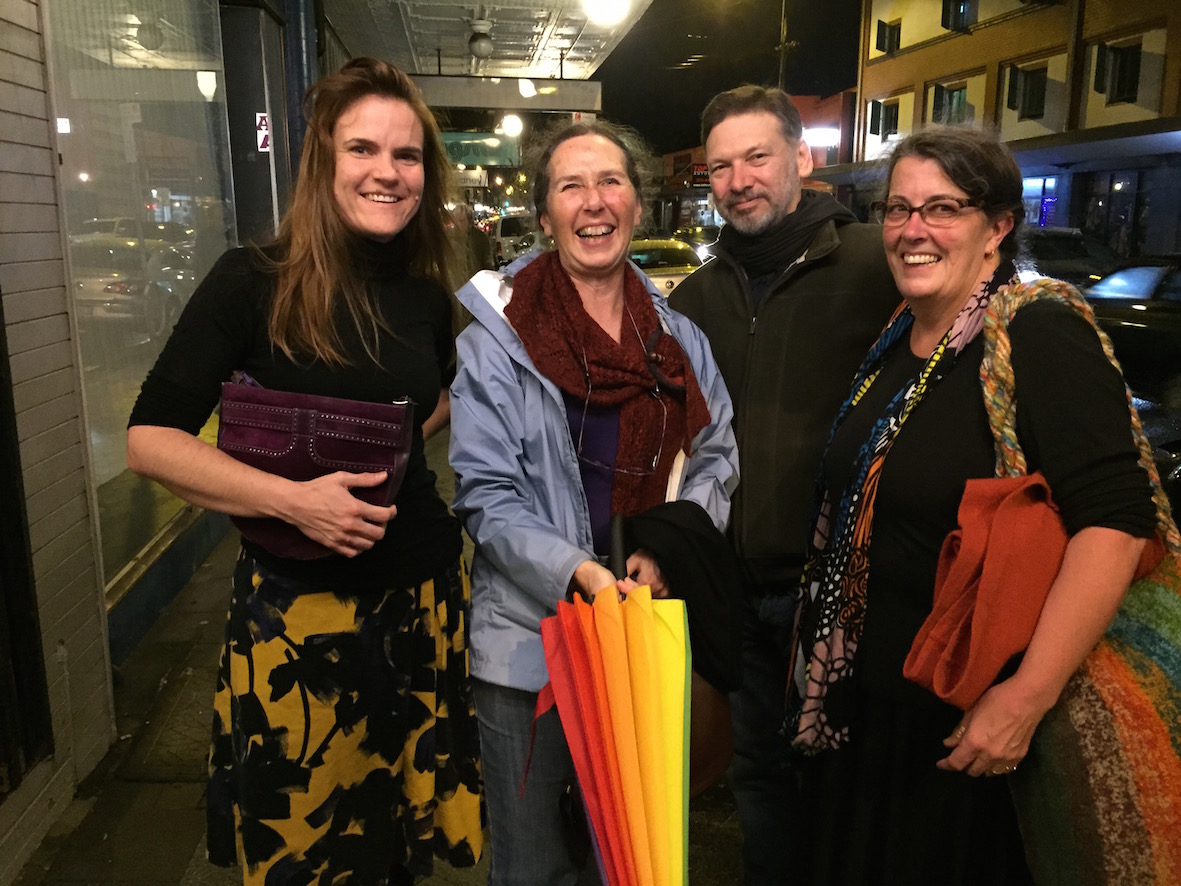 There weren’t really any standouts in the dishes we ordered. I enjoyed the BBQ Pork and the Pad Thai, although Susan reckoned it wasn’t as good as the Sailor’s Thai version. I don’t think any of us were really surprised by that revelation. The duck salad seemed a bit on the sour side to me, but there was plenty of duck. The fish was a bit disappointing – or rather the Tasty Sauce. The fish itself was nice but it was overpowered by a lot of glutinous sauce.

Despite having plenty of staff, the service at Doytao Thai was far from attentive. Except for water. The water guy was great, always coming up with a fresh bottle just when you needed it. Pretty much everything else we had to ask for. This left us with plenty of uninterrupted time for chattering, but it would have been nice to have been asked if we were ready to order, or to have the plates cleared away in one go rather than having half of them waiting for another twenty minutes, or to have been asked if we wanted dessert. We didn’t, but that’s not the point. 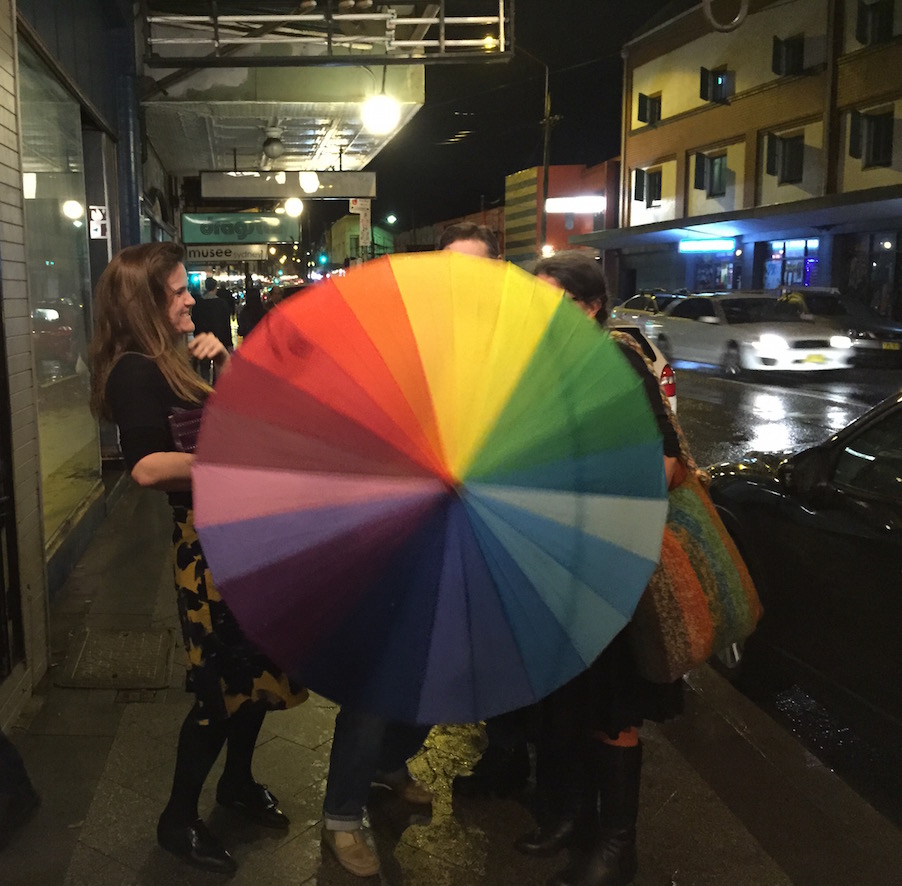