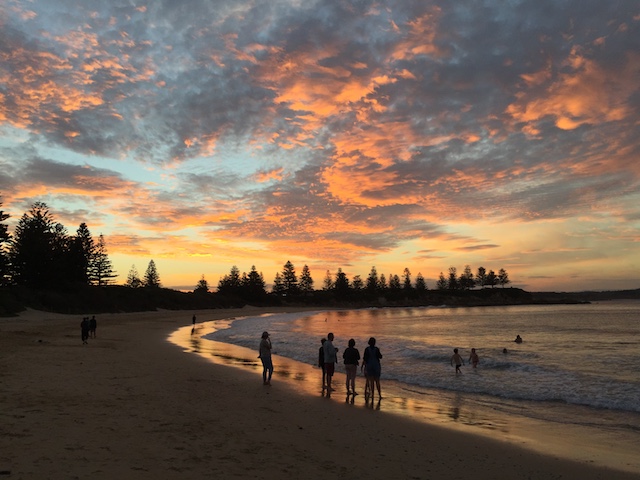 It’s been a while I know, but a lot has happened. Let me tell you all about it.

Some of you will have gathered that we have moved our base of operations. Having been close to everything for a long time, we thought we would have a try at being far from things. Far, far away from things in fact.

As all places are defined by their proximity to the birthplace of our nation, we have moved from the warm and noisy embrace of the Inner West, all the way to the startlingly beautiful Far South Coast. Here, under the ever-changing gaze of Mother Gulaga (look it up) we will embrace small town life, get to know the sea mammals, and constantly re-fill the bird baths. (Wattle birds obviously know nothing about water conservation.)

It has been a big change for us, but an exciting one.

We have been pondering what this move will mean for the Quest. The Far South Coast is definitely not King Street. Indeed, in our hometown of Bermagui, the real challenge for the Quest would not be to dine at every eatery, but to do them all in one day. Perhaps that can be a challenge we will put to visitors.

Another option we considered was a survey of the bacon-and-egg rolls of the region, but suspect this might not be as interesting for everyone else as it would be for me. (However, if you are down this way and fancy a lovely breakfast roll, check out the Blue Heron Cafe in Moruya. Highly recommended.)

So without having any fancy scaffolding to prop up a new Quest, I suspect that we will just check out the local offerings, as and when the opportunity arises.

So here we go, starting with a classy Italian restaurant called Il Passagio, which I gather means passage but can also mean passing, crossing or transition. All of which are particularly appropriate to our current condition.

We dined at Il Passagio at the end of Easter, on the last official night of our extended house-warming event, which saw us accommodating 15 wayfarers. Friends and family from near and far joined us for a chaotic, but fun-filled few days. By the last Friday of the holiday everyone had gone home except for the Stropolina, so we took the opportunity for a night out. The good thing about living in town is that, like Camperdown, it is easy to walk anywhere you might want to go. In this case it was across town to the Fisherman’s Wharf, where we stopped first at the Horse and Camel Wine Bar to get ourselves in the mood. After a momentary confusion during which we found ourselves perusing the ‘expensive wines list’ we were directed to the row of bottles on the bar, which were better suited to our modest whistle-wetting needs. We enjoyed their Rosé and Shiraz, but the Stropolina seems to have taken against Temperanillo, claiming it tastes like compost. Sometimes I despair of the young people. 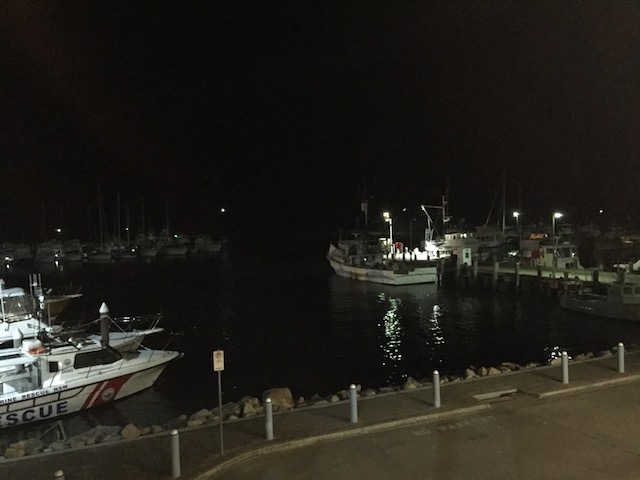 It is interesting in getting to know a new town, to see who drinks where. We noted that the demographic supporting the wine bar seemed distinct from the one at the pub. Even though the wine bar is located at the Fisherman’s Wharf, most of the clientele didn’t look like they had much to do with fish until it was lined up beside a pile of chips.

Our fun evening was somewhat tempered by a sobering phone call from my father’s doctor. Another round of drinks was required to buffer this reminder that even cutting edge therapies have their limits. So we drank to Dad. And Mum, and all the others who have reached their limits over recent years.

Then we moved next door and proceeded to test the limits of our belts. Italian food will do that.

Wapengo oysters to start. These creamy little puddles of seaside essence were hastily slurped out of their shells. Next was an excellent potato, rosemary and anchovy pizza. It was simple and crisp, with clean strong flavours. After the pizza we decided to take a run at all the pastas. The purity of our ambition was somewhat tempered at the last minute when Strop decided we needed to tick the vegetable box too. So she threw a salad into the mix.

My gnocchi was a knock out, and the prawn linguini and spaghetti hardly got a chance to cool down. The salad featured apple, pancetta and a soft cheese I had never heard of called burrata, and it didn’t last long either. 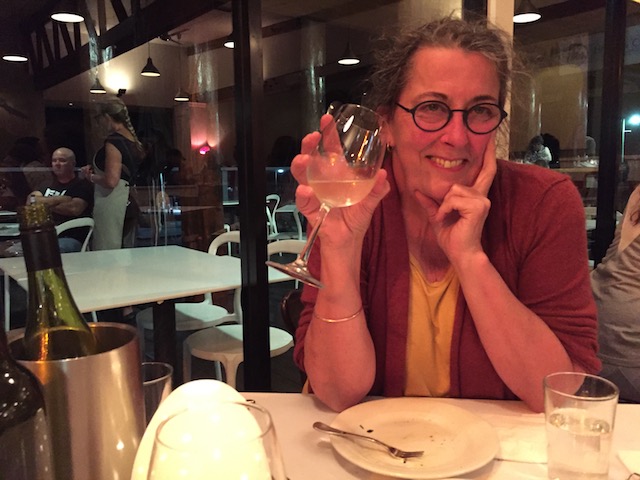 For dessert I went with the specials board: orange and thyme ice cream. And yes, it was as good as it sounds. Stropolina opted for the old favourite, Tiramisu while Strop went for something with meringue and marscaponi – washed down with a glass of Limincello. By this time I was worried about the tightness of my belt, and conscious that the walk home was up hill, so I abstained.

It was a lovely evening and a fitting first outing on the Bermie leg of this blog.

In doing what we laughingly call research here, I discovered on the Il Passagio website, that they are advertising the restaurant for sale. It seems such a pity, but it is a very familiar situation given our experience with the restaurant churn on King Street. We will just have to use it as an excuse to go back again as soon as possible.

If any of you are wondering where the next John Lawrence book is up to, never fear, I haven’t left him in a shallow grave beside the Princes Highway. The manuscript for book 3 is here in a pile beside me, waiting for a decision on whether it requires the merciful attentions of a scalpel or an axe. Or possibly a garden fork.

So as the wood smoke mingles with the salt spray, and the cat yowls to be fed, it is time to say farewell from the far, far south coast. Until next time. 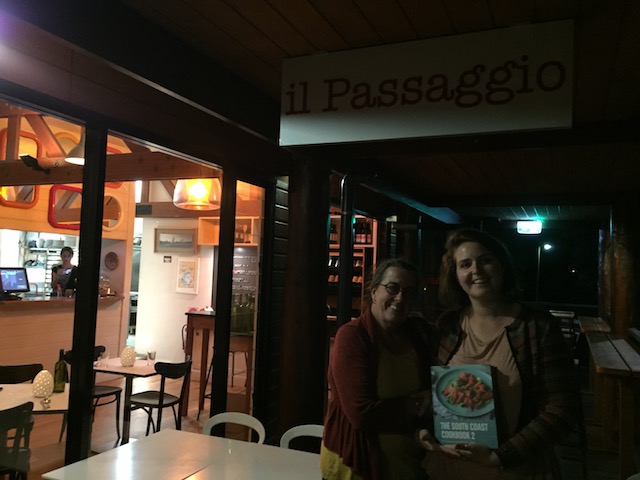