My first thought as I sat down at the table Strop had snagged at the back of the Coopers Hotel bistro, was that it was a pity this wasn’t a named restaurant, because then I would be able to order the Crispy Skin Barramundi special that I can smell being prepared in the kitchen. Damn the rules – we will have to stick with burgers or be in flagrant contravention and at risk of letting chaos run amok. But damn that fish smells nice.

Coopers is a contradictory place. Downstairs is all old school pub style with an overlay of hipster grunge while upstairs is kind of modern-bland suburban pub bistro. There are even flowers on the upstairs tables. The only bit of downstairs grunge to make it up the stairs are the menus and the mural we are seated beneath – a colourful streetscape of King Street, featuring the pub on the corner, a punk carrying an Olympic torch, and a ladder leading from the pawn shop up into what looks like a UFO infested sky. It seems to be a fairly accurate rendition of King Street except for the skateboarders on the footpath. In reality they are usually out on the road mixing it with the traffic. 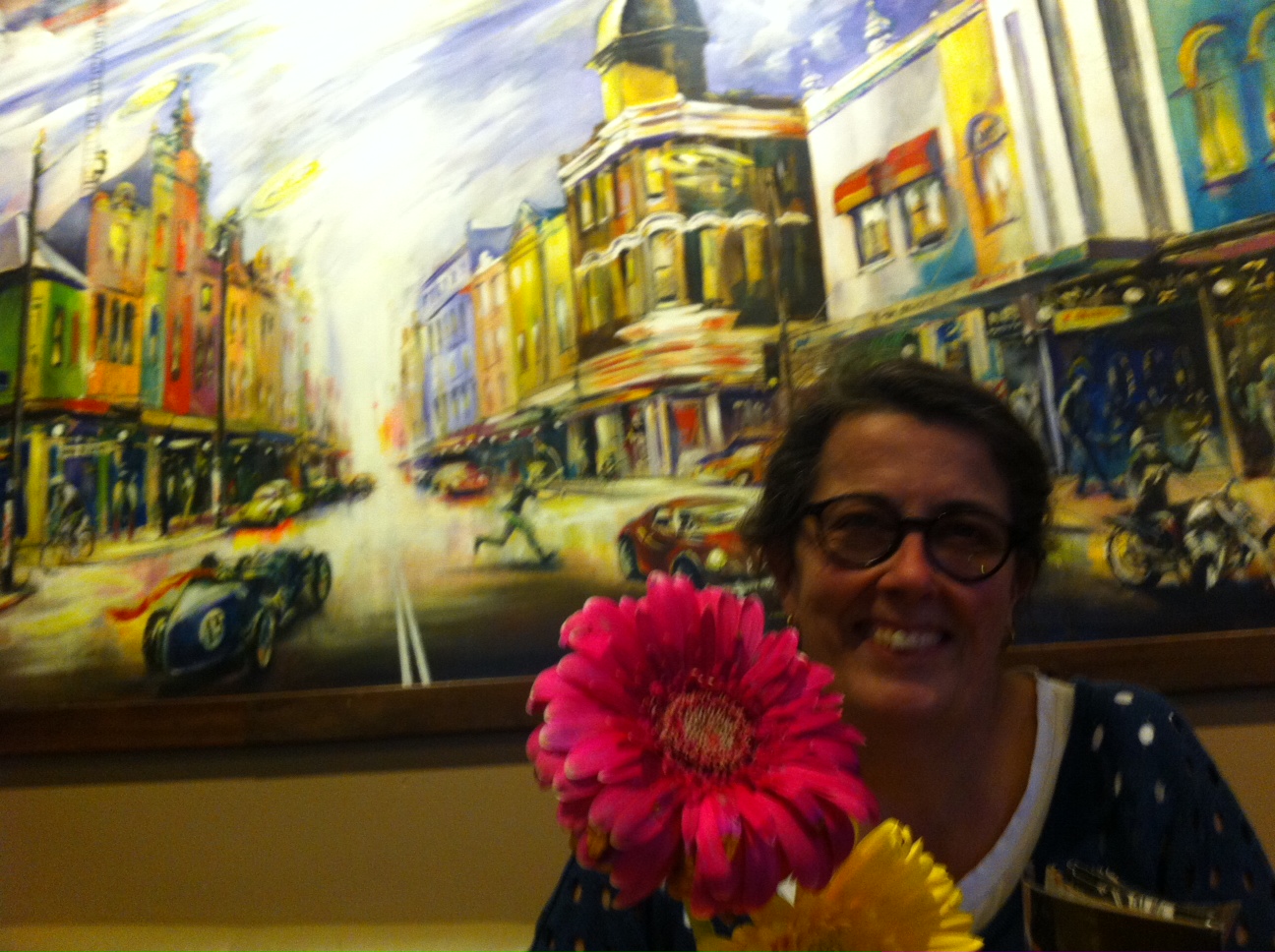 The menus come artfully buried inside actual comic books. At first I thought they were just printed with a comic book style cover, until I noticed that each one was different. It’s a fun idea, but it does seem a bit of a waste of comic books. There is a pretty good rock soundtrack playing when we arrive, which seemed to get louder, to compete with the voices of the punters, as the evening wore on.

The menu is made up of fairly standard pub grub. There are four options in the burger department (Nice Buns). You’ve got your beef, your chicken, your vegetarian option (lentils), and your steak sandwich. We both opt for the Cooper’s Classic Beef Burger, accompanied by a Cooper’s (no relation I’m assuming) Pale for him and a Pinot Noir for her. Strop grimaces at her first taste of the wine, “Bit tart for a Pinot.” My beer tastes like beer. 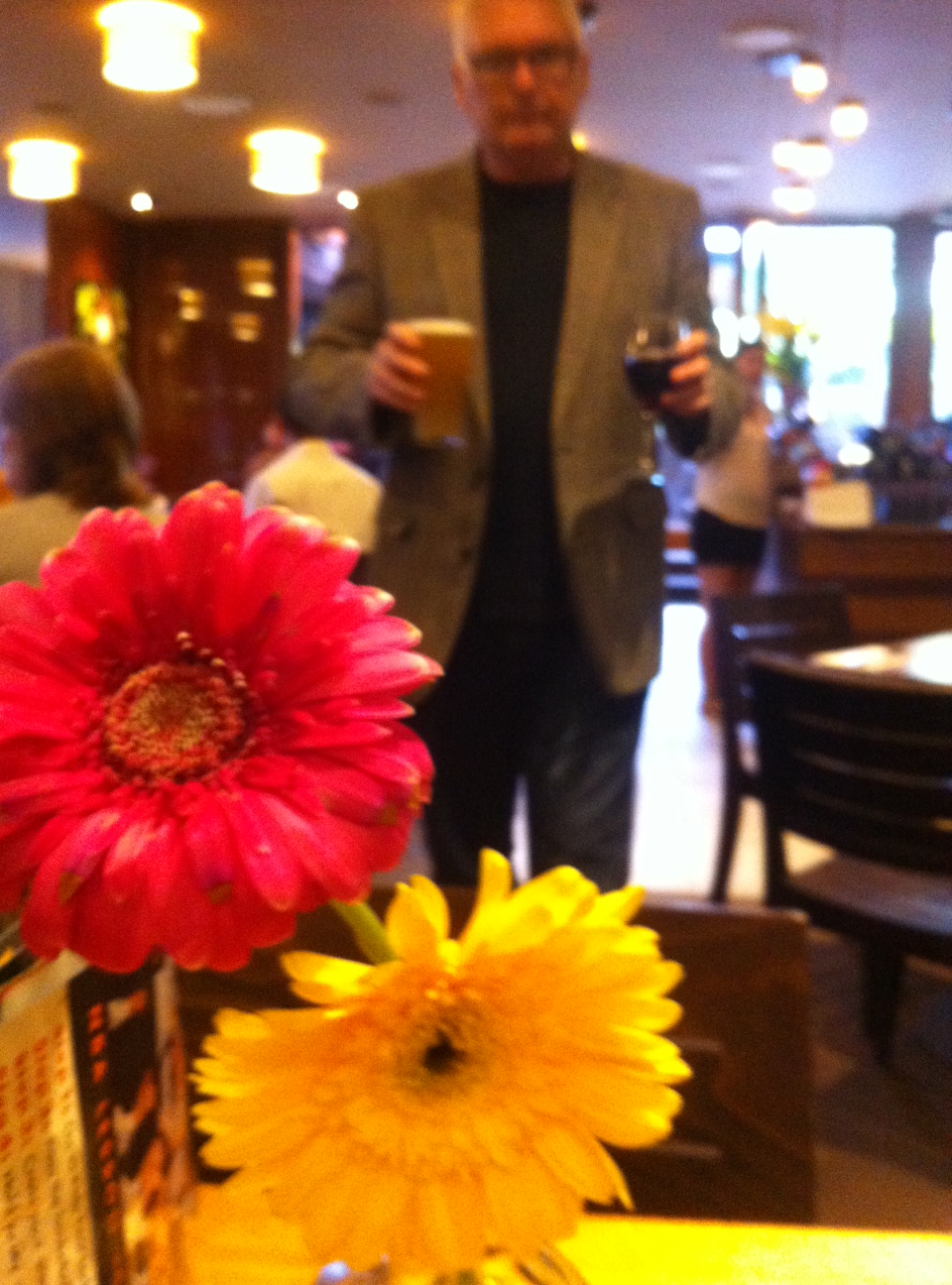 The burgers arrive on large rectangular plates with the chips up one end and the burger speared into place up the other end. (How did they serve hamburgers in the olden days, before satay sticks became available? You young people probably think that satay sticks have been around forever, but no, they haven’t, at least not in Australia. They probably had them in places like Indonesia and Malaysia where they invented satay, but they’re a bit of a Johnny-come-lately around this neck of the woods, I can tell you – but I digress.) The chips are all gold and yummy looking and there is a little pot of tomato sauce on each plate too. “Is there any aioli by any chance?” Strop simpers before the waitress can scamper out of range. “I can’t be doing with tomato sauce.”

The aioli arrives in another, larger pot, and looks remarkably like mayonnaise. Tastes good on the chips though, especially when mixed with tomato sauce. One nice touch – The Coopers Hotel trusts you with a pepper grinder. There is one on each table. Now there’s a novel idea that we can only hope catches on.

The burgers come with beetroot (tick), cheese with holes in it (tick), aioli (tick), and relish (tick). When Strop takes her first bite the aioli and relish make a break for freedom by squeezing themselves out of the wound in the bun left by the satay stick, which leads to much licking of fingers and lamenting the lack of Wet-Ones. The burgers are pretty good. More stable and less messy than the Burgerlicious burgers. Are they better than the Marly burgers? To tell the truth I can’t remember. As Strop put it, “The burger in the hand is better than the one you remember.” She is full of insight. We enjoyed the burgers but found the chips had us outnumbered, even with the added lubrication of aioli.

With the music getting louder and the lights getting dimmer we decide not to risk dessert (I was almost there with the lychee and coconut parfait, but the mixed berry coulis killed it for me) and head home to drink the last of our whisky. Which we did, all that is left now are two scary looking miniatures of uncertain origin.

Next week we will be crossing the road to Twelve and entertaining Overseas Guests. To tell the truth we are a bit nervous, the word on Twelve hasn’t exactly been glowing – what are we letting our guests in for? Maybe we should dump the quest and head for Enmore Road which everyone says is far funkier. Head says yes, heart says no. Stomach just grumbles. 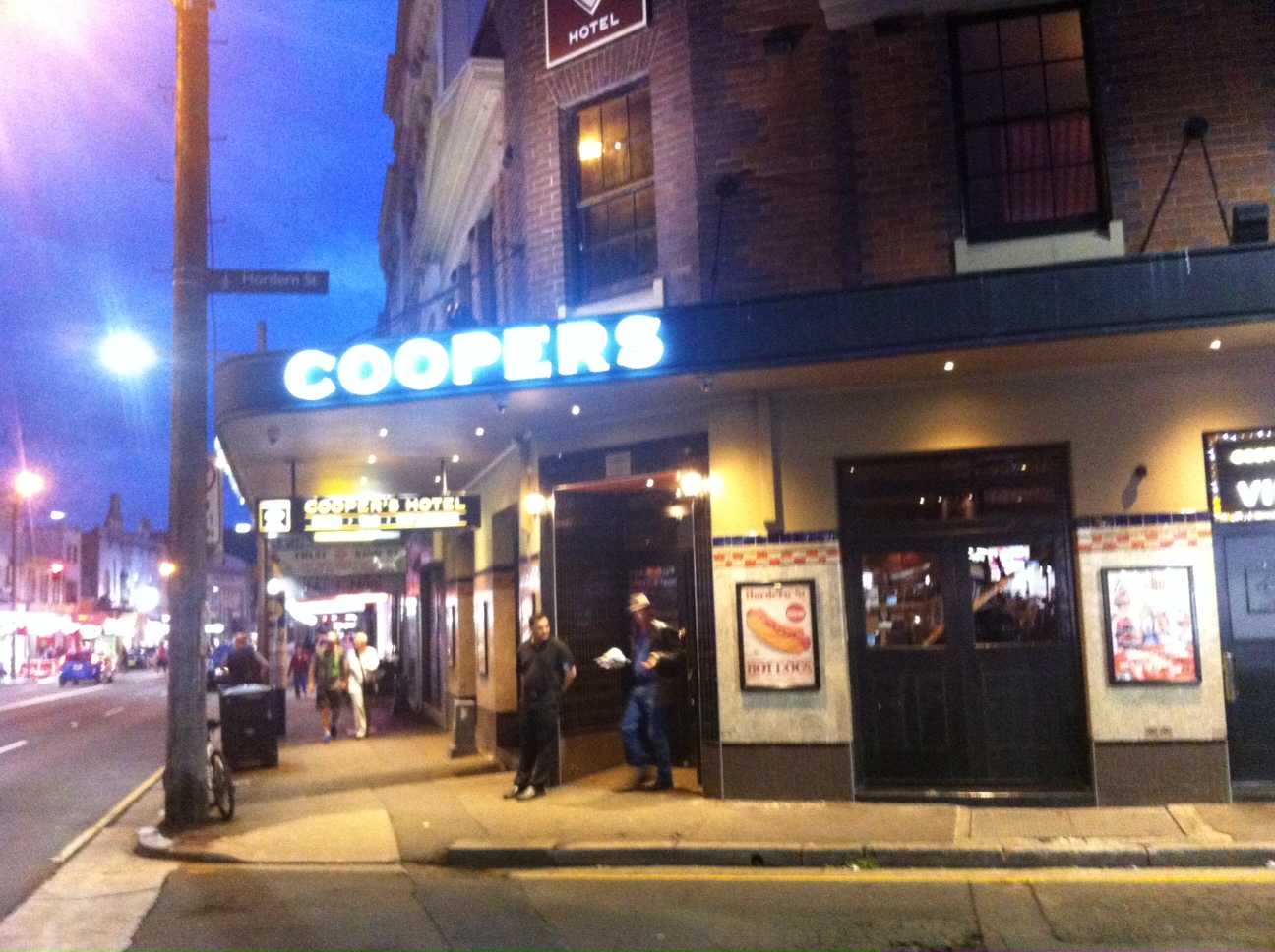