Thai time again. At last, it’s been so long that I had nearly forgotten about Number 37. The last Thai restaurant was Newtown Thai II Express, all the way back at the station.

Tonight we are joined by The Julies who are newcomers to the quest. So we will treat them gently. Mostly. When I arrived (last of course, stopped for a quick beer and to finish reading Bring Up the Bodies), the first thing I noticed about Thai Hot Pepper was the noise. The traffic is incredibly noisy when buses or trucks start up from the traffic lights just outside. It took me two goes to say hello to everyone because it was so loud. Every time I opened my mouth another bus went past. I wonder if the noise is amplified by the wedge-shaped building, jammed into the corner of King and Angel Streets. The restaurant has a long glass front to King St. which also helps in capturing every rumble and vibration, but it does make it easy to watch the police cars sirening their way up and down, busily keeping the peace.

With hellos finally said and arses settled on seats we got down to some serious nattering. It was hectic, the conversation became so frenzied that we kept having to send the waitress away because we still hadn’t managed to look at the menu. My gender disadvantage became obvious early on as the topics lurched outside my comfort zone and into the dangerous territory of the mechanics of breast surgery and child birth. I was on safer ground when the chat veered towards camper vans although there too, I have to admit, my knowledge is mostly theoretical.

When the waitress turned up for the third time we decided we had better take the menu seriously. The first thing was to find out what Number 37 was. Unsurprisingly, it fell within the Stir Fry section – Cashew Nuts in this case, with your choice of chicken pork or beef. We went chicken.

One of The Julies was keen on a mussoman curry as it is relatively mild and she has a physical reaction to chilli. Coughing in her case. My own physical reaction to chilli is hiccuping. I was looking forward to a duet, but nothing we ordered was hot enough to set us off. There are two types of mussoman available – the traditional one with beef and a new one on us: lamb shank mussoman. We had to try that.

The other one of The Julies liked the sound of the panang curry (we went pork for that one) and Strop and I are always suckers for a roasted duck salad. For starters we stuck with tradition: spring rolls, curry puffs, and fish cakes.

Now, I have to admit that in doing my due diligence research (a bit late as it turns out – didn’t take enough notes did I) I realise that we were so busy discussing women’s health issues that we missed the main feature of Thai Hot Pepper. Their BBQ. That’s their speciality apparently, served with Special Sauce. And I’m quite fond of a special sauce. We really are going to have to lift our game on the research front, and preferably before we inflict ourselves on the next restaurant.

Anyway, the entrees were quick to arrive and the curry puffs were the clear winners – somehow managing to be both fluffy and crisp at the same time. And tasty too. The spring rolls were fresh and crunchy but the fishcakes were disappointing. Sometime I’m going to have to remind myself just why it is we keep ordering them.

Somewhere in-between courses one of The Julies wanted to know if there was going to be a sequel to Left Luggage, and if so, why didn’t I hurry up. Okay, of course, yes, just give me a minute, I thought to myself, I’m just in the middle of rewriting it because I decided to change the main character, and that means changing the POV (point of view) in most of the scenes, and I also had the brilliant idea of changing the gender of one of the villains. So more rewriting. These things take time and involve quite a few panic attacks along the way. But don’t worry, it won’t be long. Probably only another seven drafts to go. Oh and I’m about 30,000 words short of a novel, so… you know, I’m sure it’ll be okay. Eventually.

The duck salad was my favourite of the mains. Succulent pieces of duck and a nicely balanced salad. The panang curry was good too – creamy and aromatic. The cashew nut and chicken stir fry was strangely sweet, and the mussoman with lamb shank was a bit disappointing too. The flavours of the curry were good but the lamb shank wasn’t nearly tender enough.

We had a great night out. The food wasn’t brilliant, but it was good enough, and there wasn’t much left behind. The waitress had to make two attempts to clear the dishes away. I was still picking. 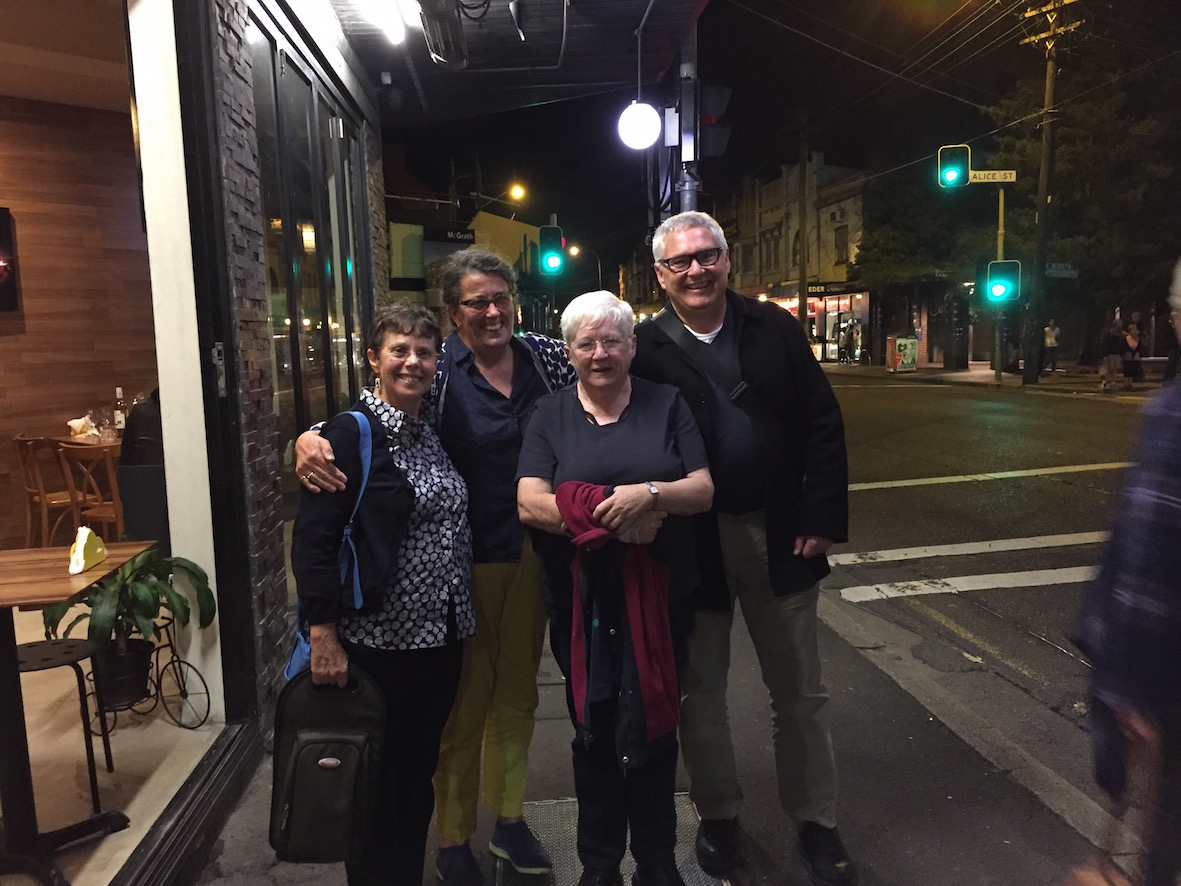