We’ve caught up at last! After Strop’s out-of-sequence-birthday-indulgence we are finally back at Gigi. We’ve had quite a few discussions about whether to return or to skip on to the next eatery. As it has turned out tonight we are dining with friends (John, Pauline, Jill and Roy), and we don’t really think that Japone’s sushi train is well suited to a largish group and the required levels of cross table bantering. Gigi seems like a much better bet for this particular outing, so we are doing our first re-run.

One thing at Gigi that hasn’t changed is the no bookings policy. When I turn up and say that we want a table for six, the waiter just smiles and says “Really? It will be a while I’m afraid, I already have a five and a nine waiting. It could be an hour and a half.” I do a quick calculation, Roy and Jill have been overseas for 6 weeks – that should include enough adventures to keep us going while we wait for food. Having handed over my phone number we retire to the Newtown Social Club for a few bevvies while we wait. The conversation starts off in Spain then moves to Berlin before leaping to The Shire, racism, the speed at which velcroed cushions will detach under wind pressure (110 km/hr in case you’re wondering), and the national dickhead quotient (it’s on the rise according to John’s brother, and he’s an engineer so he should know).

After our first round there was a brief discussion about whether to forget Gigi and just eat at the Social Club. Luckily we decided to have another drink and see what happened. Soon after that the phone rang. Strop didn’t hang about. She was off like a shot, muttering something about “not missing out,” while the rest of us were still finishing our drinks.

Gigi was packed when the saner members of the party ambled in, so it took a moment or two to locate Strop even though she was jumping up and down and waving to us. The layout of the restaurant has changed a bit with the pizza oven moved further back which presumably makes more room for punters. The new oven is bright and shiny with white tiles on the outside, and the muscly looking blokes tending it look less orc-like than last time. This may have something to do with the fact that Peter Jackson hasn’t released a new film lately. 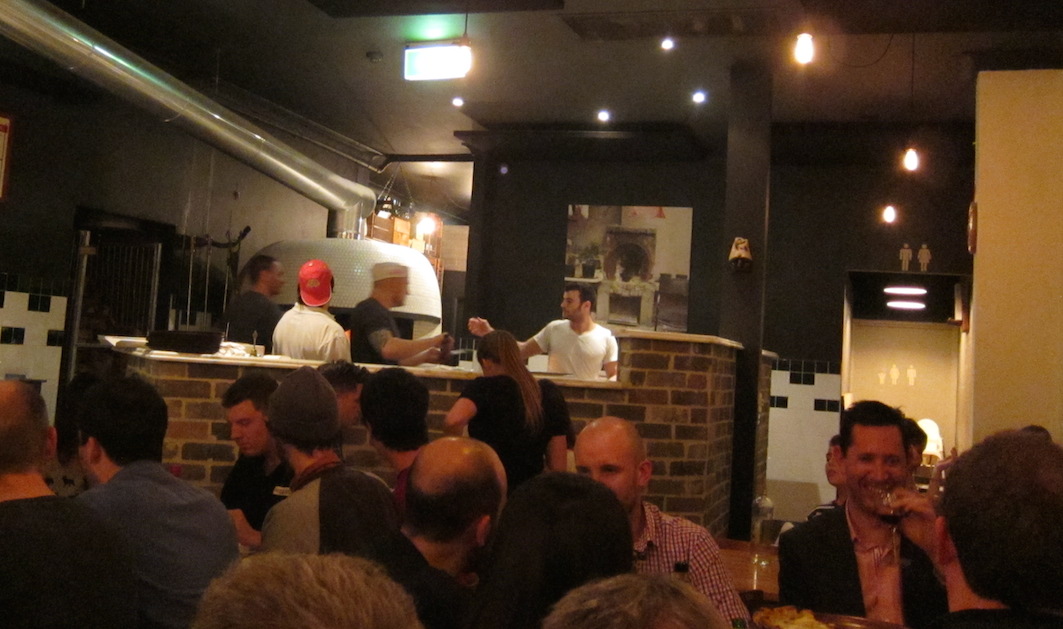 We ordered pizzas. Strop insisted one of them be the potato one. We ordered salads including the pear one (Pauline’s choice which almost got overlooked). We opened bottles of red wine. Lots of talking and laughing. More wine. Etc.

Sometime during this period I became confused by the fact that the waitress’s tattoos seemed to be moving around, appearing in different locations and different shapes each time she brought something to the table. It was a while before I realised that there two waitresses who looked exactly the same. “Hey, they must be sisters,” I said, possibly quite loudly, and with appropriate extravagant hand gestures. This resulted in bemused looks from both sisters, who thought I needed some help (they may be right), and apologetic smiles from Strop. 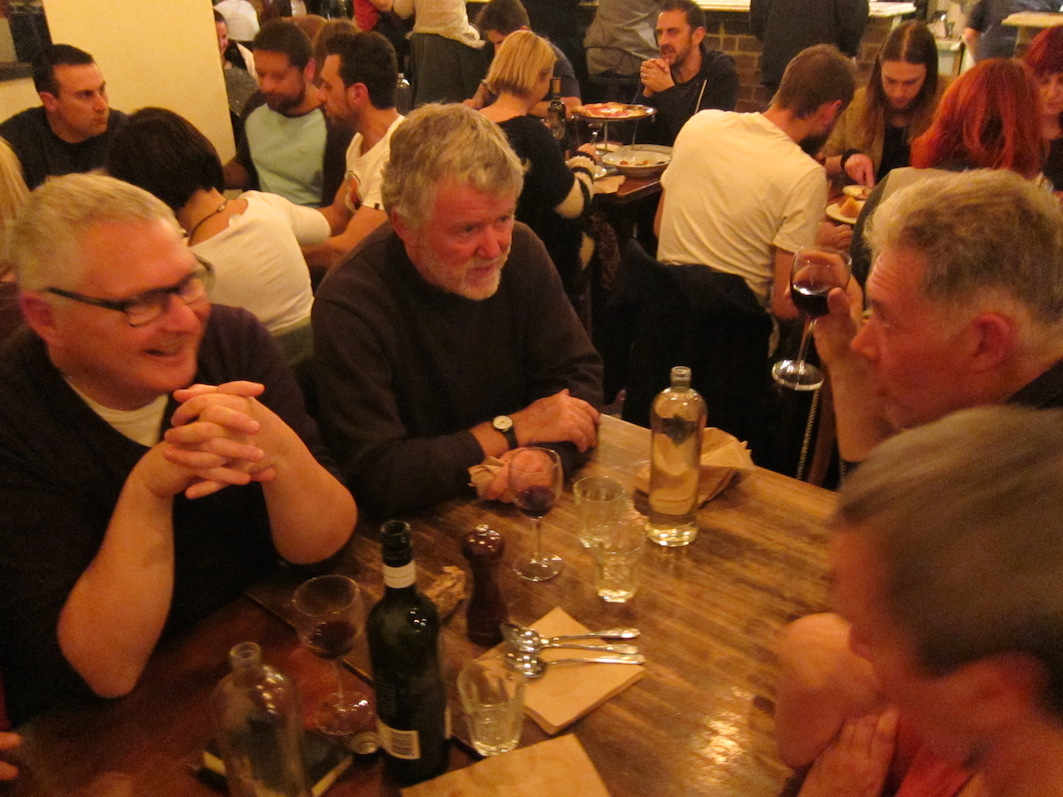 The pizzas were excellent, better than last time. I imagine that is down to the white tiles on the outside of the oven. There was the potato one, another with mushrooms, one with prawns and another one that I have forgotten. All good. All disappeared quite rapidly. For dessert there were affogatos, pannacottas and gelatos. They didn’t last long either.

Gigi was crowded, noisy and lots of fun. I think this going back to the good places thing might catch on.

But unfortunately the rules say otherwise, so next we will be pressing on to Japone Sushi for another try at conveyor belt food. 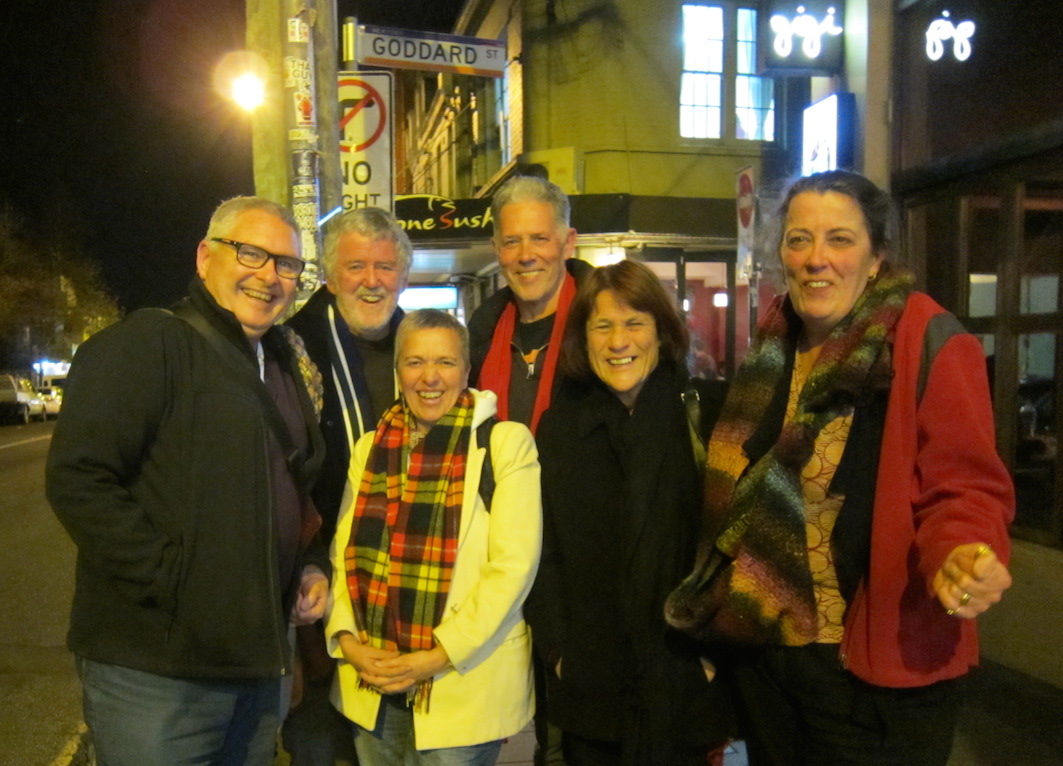