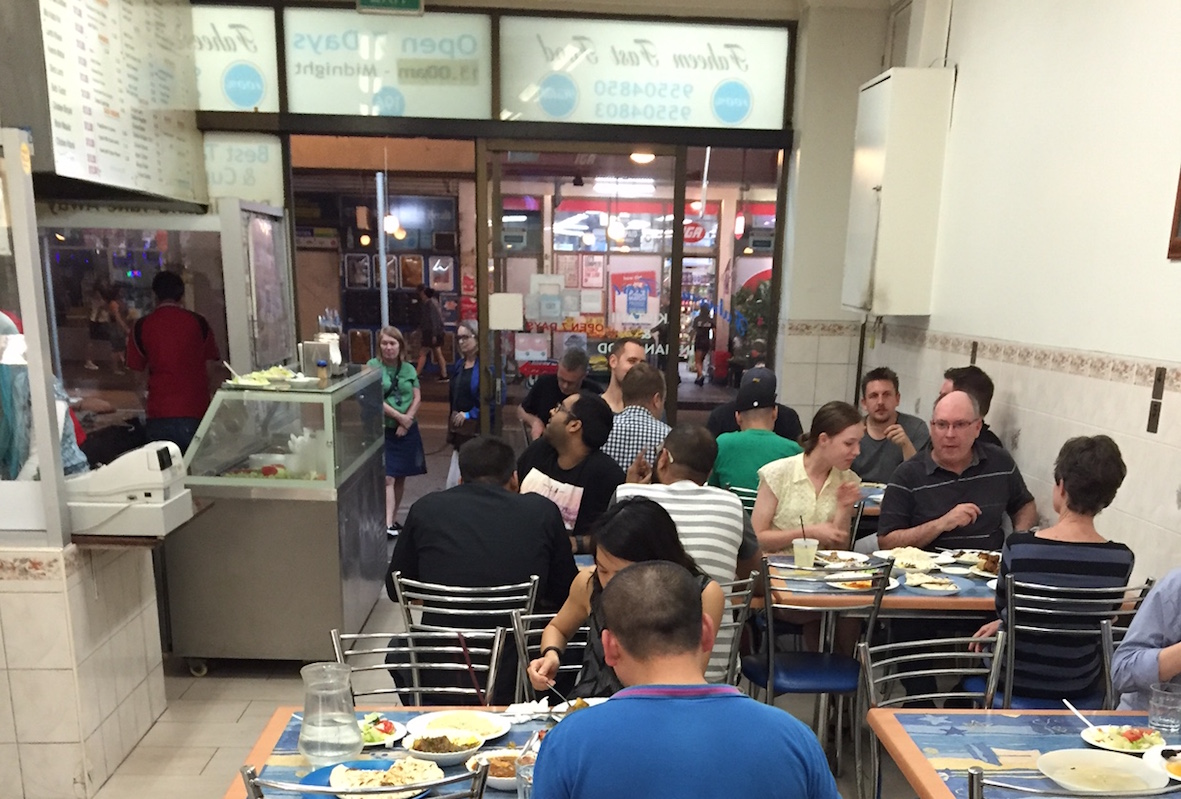 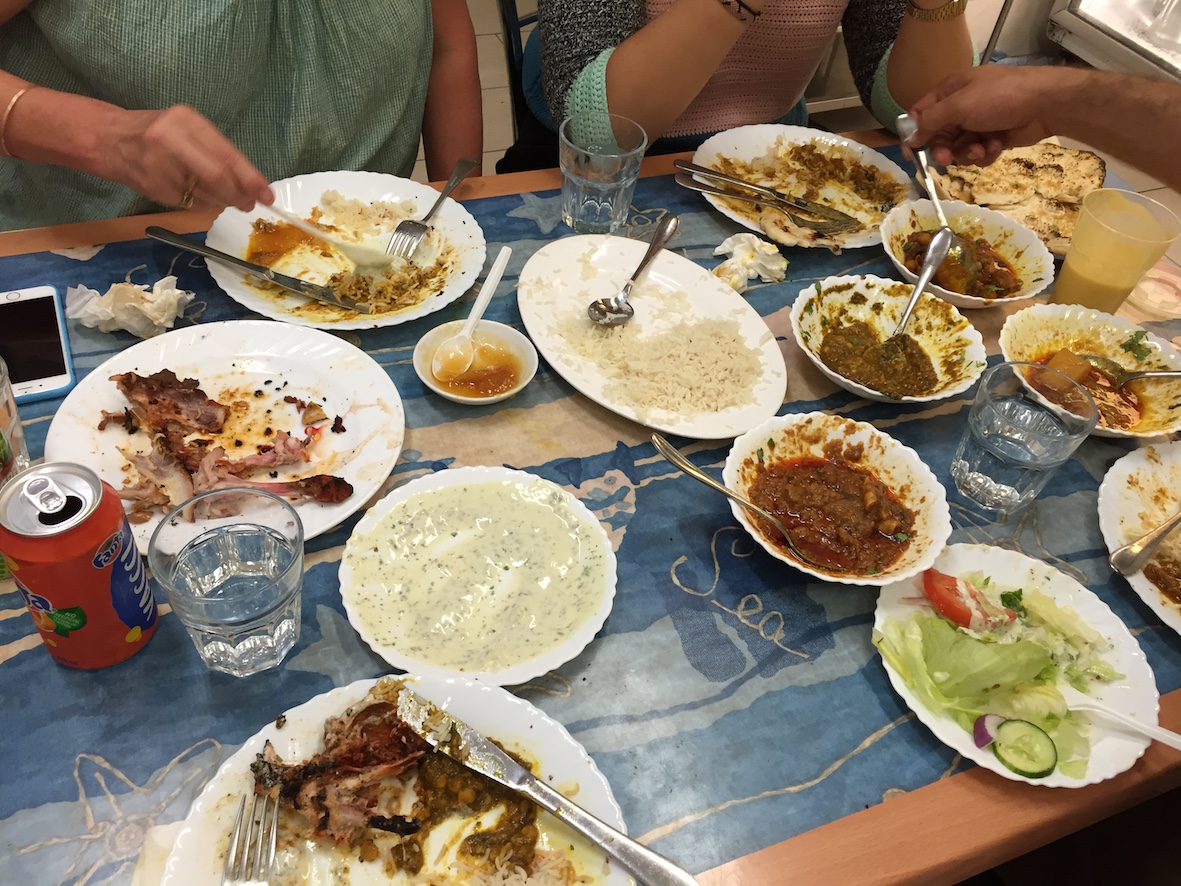 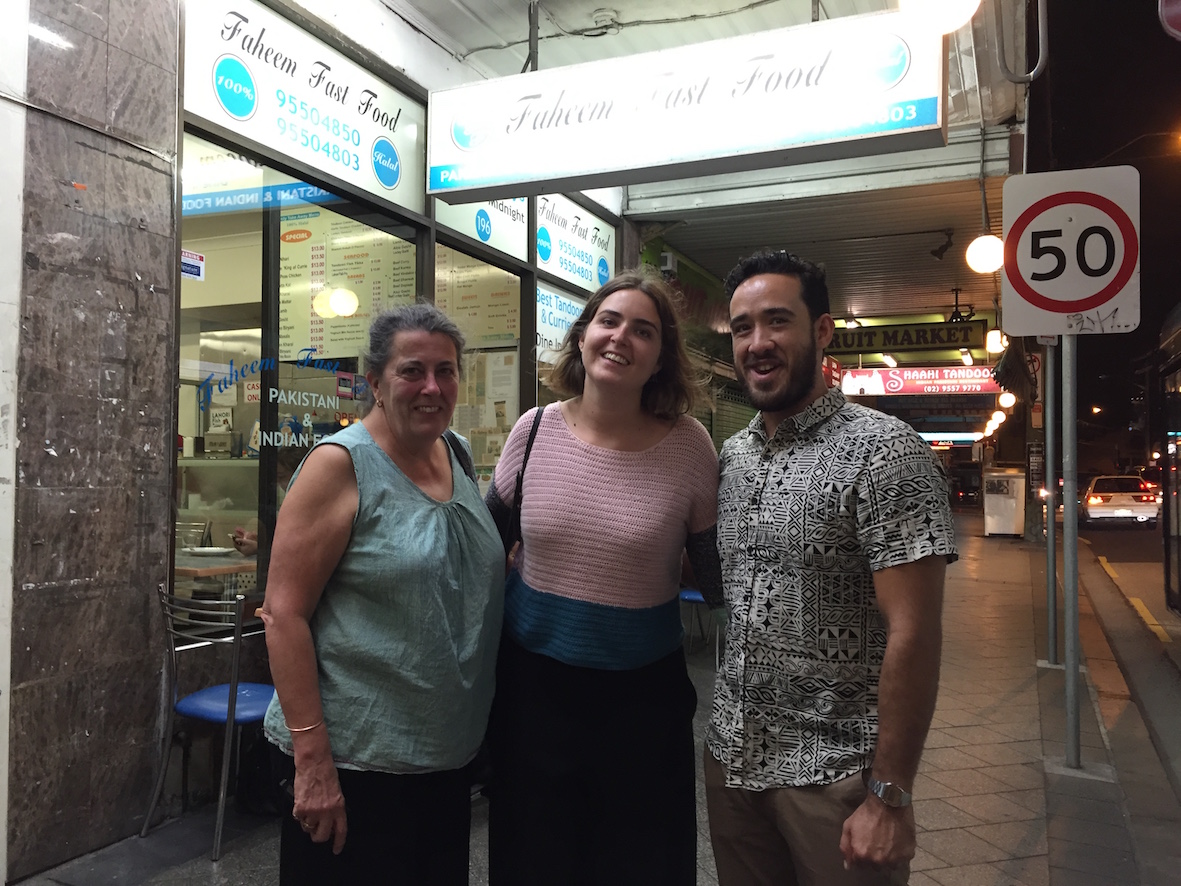 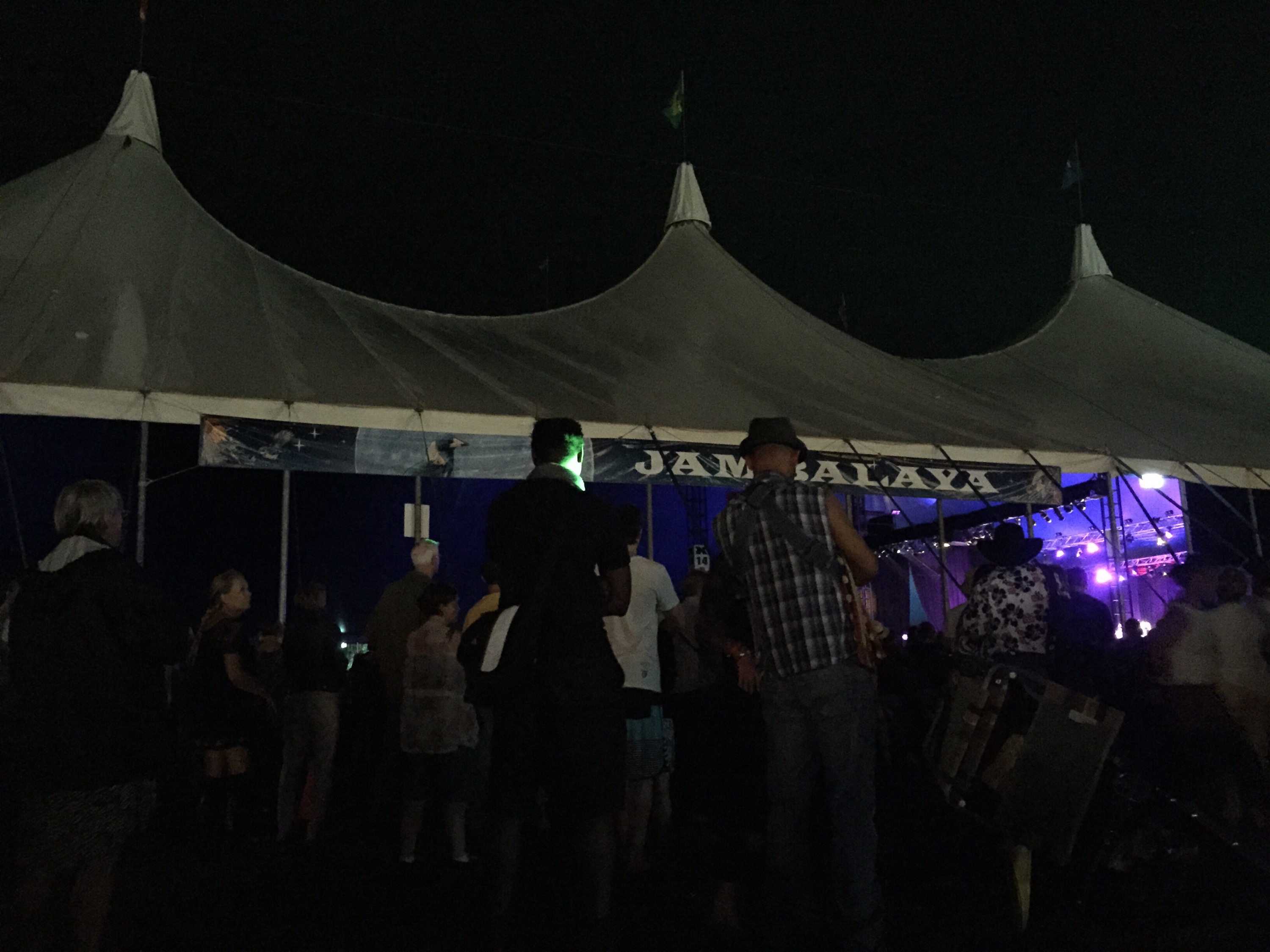 Strop and I have abandoned King St. for Easter and headed north to hang with the young people at the Blues Festival. Actually there are a significant proportion of old farts here too, dragging their folding chairs from tent to tent, forming drifts at the edges of the tents, just far enough inside to avoid the worst of the downpours that keep life exciting. Our demographic have done the hard yards in the past but are now reduced to dancing in short bursts to reduce wear and tear on knees and feet that are playing host to Uncle Arthur-ritis. In between times we sit in our seats, listen to the music and watch the arses of the young people dancing in front of us. Things could be worse.

Highlights so far? For me it would be Trombone Shorty’s big band blues and funk, the hip hop fusion of G. Love and Special Sauce. They also win best name so far. Matt Anderson also deserves a mention – a big Canadian with a great blues voice.

On the food front, we haven’t tried that many options yet. The Byron Organic Donuts are excellent as long as Strop does the queuing, and the bratwurst and kransky are let down by the soggy rolls. The Coffee and Pies stall does reasonable coffee, but we have no idea about their pies yet.

The camping experience is a bit like what I imagine a middle class refugee camp might be like. The most dangerous things are the green-headed ants whose turf we have invaded, and the toilets. But we have survived the great tent disaster and are still talking to each other. In a minute we will head over to check out Paolo Nutini, who is unexpectedly  Scottish. The best part of festivals is the freedom to move between venues, and hang about outside. And be accosted by drunk Irishmen. “What are youse doing on your phones?”