It was a Saturday morning, cold but sunny with no wind thankfully. We set off on a spontaneous adventure brought to you by a cancelled tree-planting session on the Cooks River. The bad weather during the week gave everyone cold feet and led to the last minute cancellation of Strop’s planned outing. So I was allowed to take her out and entertain her on King Street.

With all this superfluous time on our hands we decided to undertake a Painting the Bridge audit. A sort of retrospective tour starting back at the beginning to see what has changed and what has stayed the same. We wanted to map the King Street churn, to see how much has survived, which places have gone bust or changed, and which are completely new. 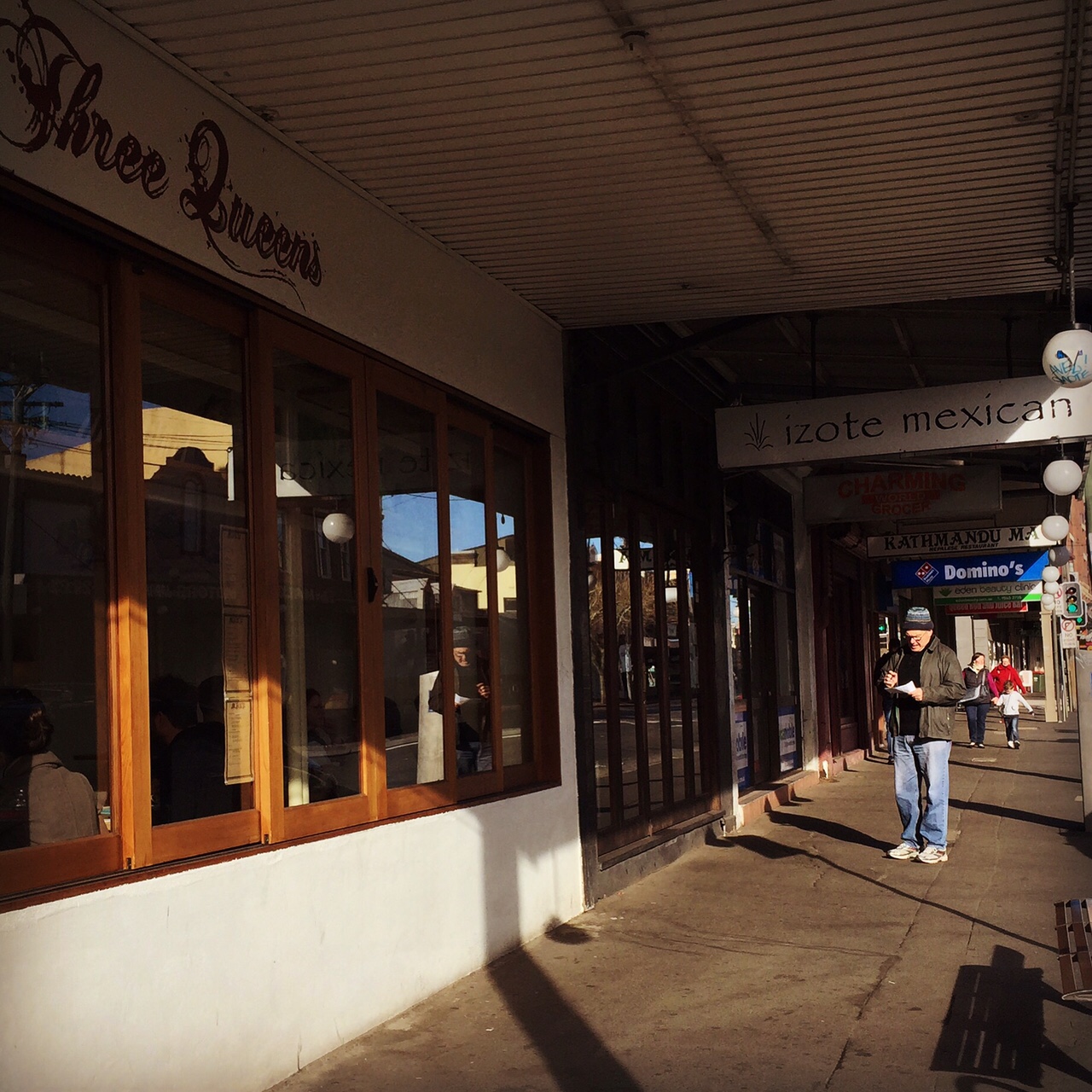 We started back at the top of King Street and walked all the way to St Peters to our breakfast target, the aptly named The End of King cafe. We had a list and we were checking it twice. The map above is a snapshot summary of how things in the eatery world of King St have changed.

Overall, while there has been a lot of churn, the picture is pretty positive. Most places have stayed red. Only two restaurants are currently closed, all the others have re-opened as some form of eatery. And there are more than twenty completely new places. Which is great. Some of them look pretty interesting too, and will require further investigation. Izote has lost its place at the head of the queue, with Three Queens cafe sliding into poll position on the corner. Thai la Ong2 has had a name change and is now Alice’s Thai, and Simply Noodles has been replaced by a new and interesting looking Thai place called Bangkok Bites. We’ll have to go and check out their number 37 some time. A few places had changed more than once in the time since we went past. There is a lot of turnover in the Newtown restaurant trade. 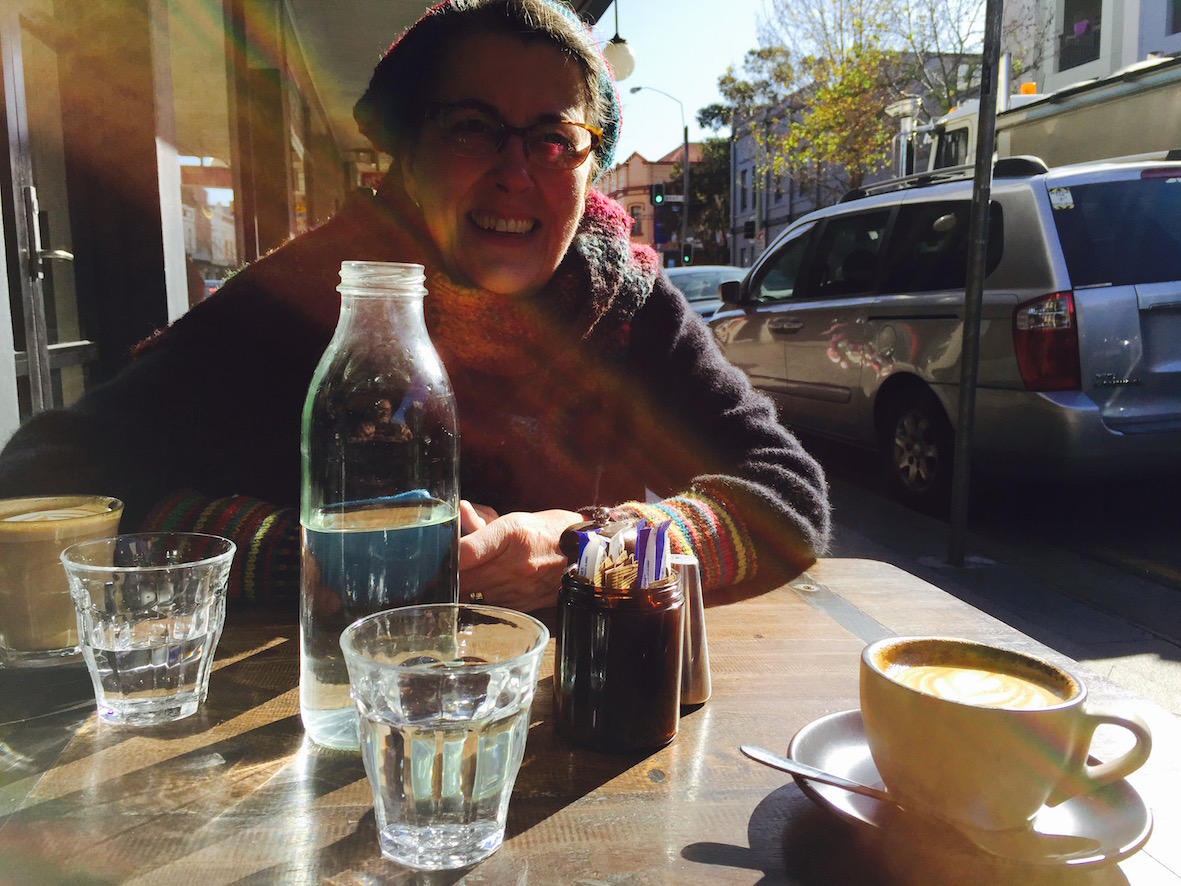 By the time we had walked all the way to the End of King we were in a very good mood and were pretty hungry. We decided to sit outside in the sunshine and soak up the other-end-of King Street-ness.

The breakfast menu looked very interesting, with lots of new and interesting combinations – and no Big Breakfast. This is a bit of a shock and also a relief, because it does tend to tie us down to the same-old, same-old, and can lead to nasty scenes when it isn’t clear who’s turn it is to take one for the team. No such fuss was required this time, we could both have free-form breakfasts.

We had a couple of coffees to start while we studied the menu in some depth and Strop did her soc-med checking in thing. The coffees were good, even though Strop wasn’t as convinced as I was. Her diminished taste buds demand a particularly strong brew, to fire the right messages into her brain and set off all the good feels. But for a normal person (me) the coffee was just the thing. In between having this argument we managed to make some choices about what to eat. I went for a special called Smashed Avocado, mainly because it has everything I fancy including a poached egg. Strop goes for the Smoke Stack because it includes corn fritters and she asks for a bit of the eggplant pickle that featured on one of the other specials, on the side as well. Such a rule breaker, she is. And some juices too. Happily Strops corn fritter is much better than the last time she ventured down the breakfast fritter route. It is light and crisp on the outside. The rest of the Smoke Stack is good too. 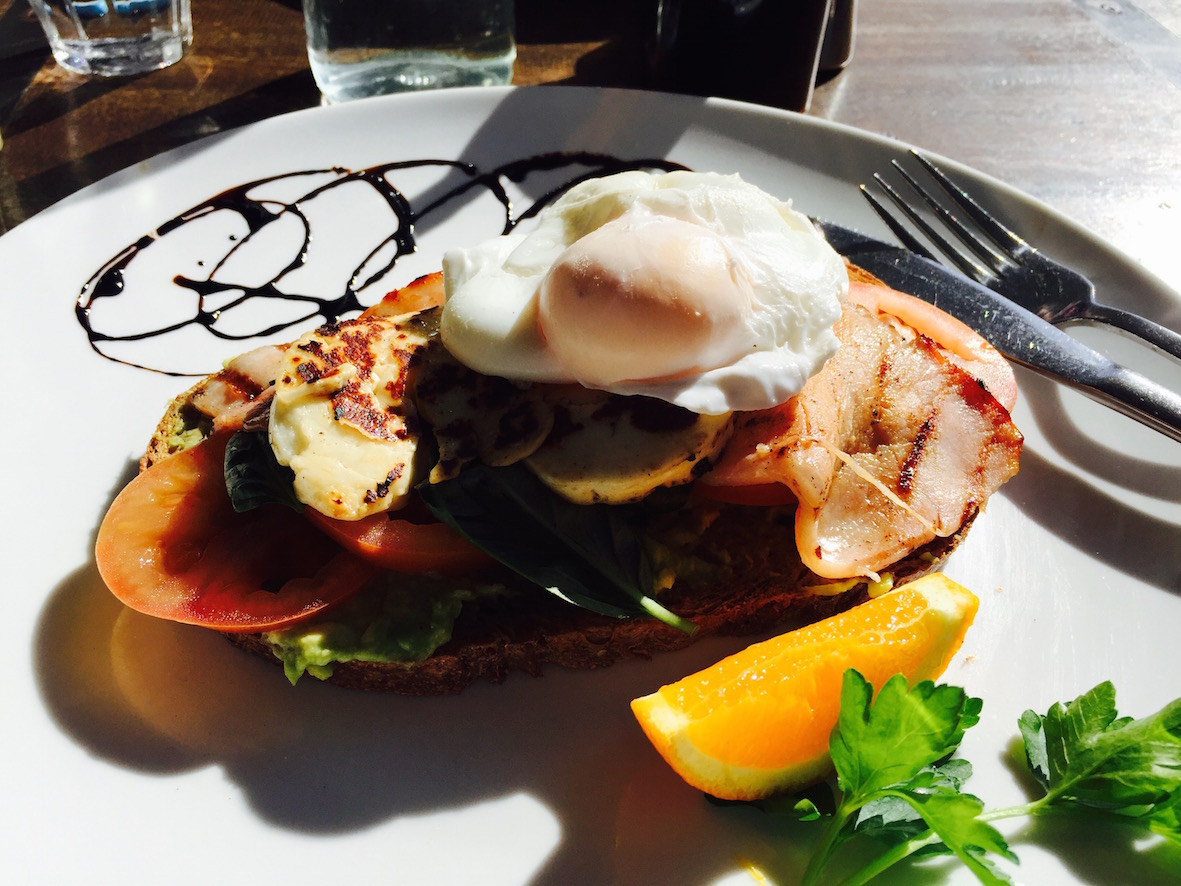 My Smashed Avocado is good too, although the signature avocado is not obvious at first. It is buried under a pile of haloumi, some excellent smokey bacon and a lovely poached egg. The egg yolk is the same colour as the wedge of orange on the side of the plate. Yum.

The juice was very good too. “No ice,” Strop commented approvingly to the waitress, who looked a bit surprised. “No, not in this cold weather,” she replied. Quite right too.

As we were sitting outside we didn’t really get a feel for the inside of the cafe until we went inside to pay up. It is crisp and clean, and surprisingly spacious inside. Check it out, you’ll enjoy it. 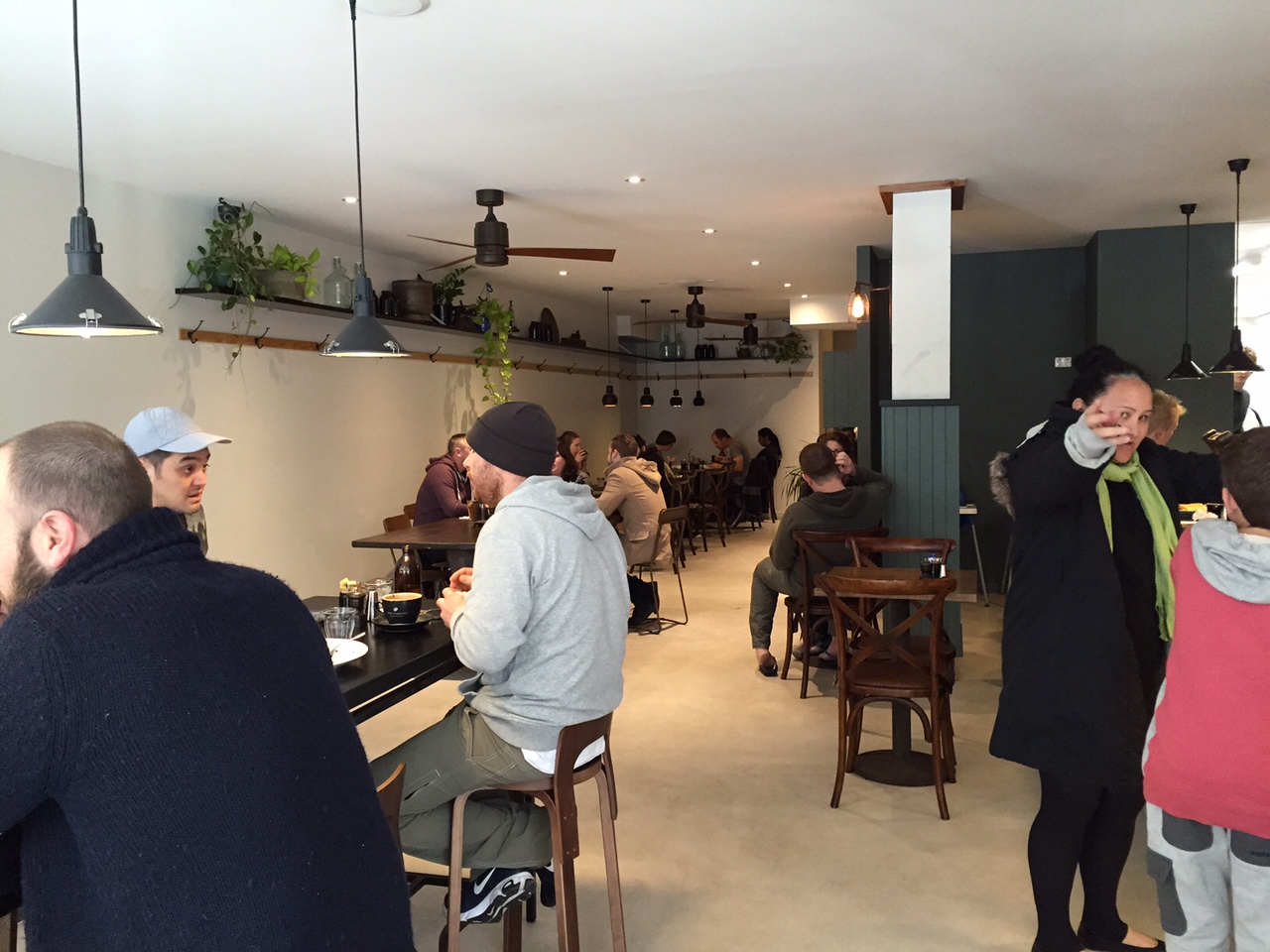