I wasn’t sure if I was in the mood for going out, as I had been feeling crook on and off during the day. But I needed cheering up, and beer and chips are the best way to do that. So we set off up the hill to the Bank Hotel.

This place is enormous, with rooms that seem to go on forever. There are lots of bars and balconies, and a sunken beer garden.  Everywhere was full of bright shiny young people, a very different crowd from Zanzibar and Kelly’s. There was an air of affluence and purpose about this lot. Strop and I did a quick tour through the ground floor, trying to decide where we best fit in, settling on the front bar. Strop was quite keen on a window seat, but they were already taken, so she chose the only seats in the bar where you couldn’t see the rugby on the TV screens. Strop reckons that it was because they were the only seats with backs to them but I think it was because she wanted my undivided attention.

The bar was crowded, noisy and dark; full of young women at this early stage. Later the crowd changed, dominated by large fit-looking men with neatly trimmed beards and shaved heads. Strop demonstrated once again how well she is plugged into the social networks of the inner-west by bumping into two people she knows, in a bar she has never been to before. She does this kind of thing everywhere we go. 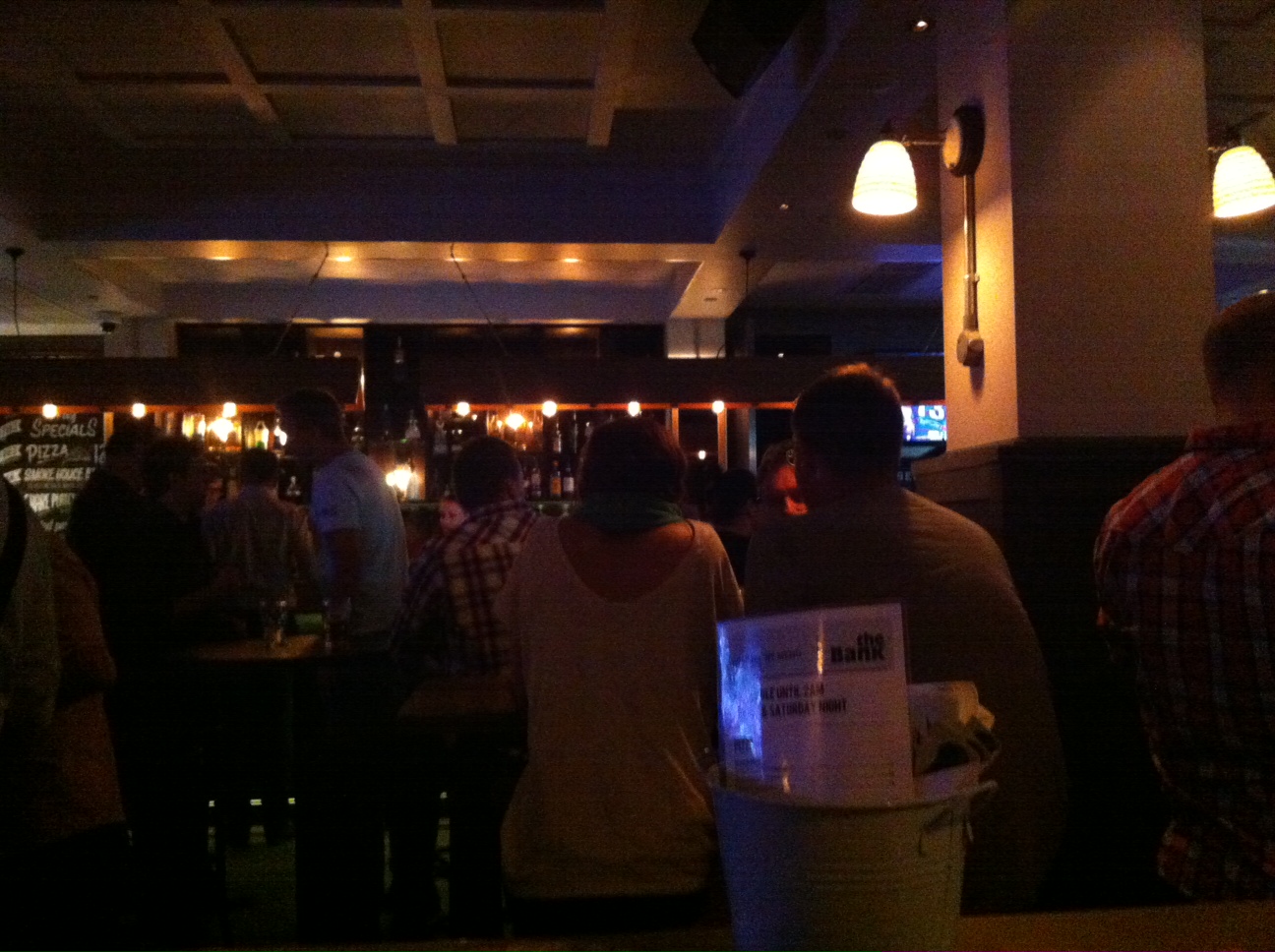 Once we had a couple of initial beers under our belts, we started thinking about food. Strop wanted to leave all the ordering to me but she did give me some guidelines. “Anything with pulled pork,” she said, “I’ll have one of those.” This led us into a few musings on the lack of dirty jokes featuring pulled pork. Maybe we’re all too sophisticated now, I’m sure things would have been different if pulled pork had been a thing in the 1970s.

The helpful barmaid informed me that the Things In Buns section of the menu was as close as they got to burgers. The list included a pulled pork bun, and I decided that this would satisfy the requirements of both the Burger War rule, and her Stropness’s dietary requirements. To go with this, I selected a couple of things from the Share Plate menu because there was a two-for-one deal going, and I like a bargain. I couldn’t go past the duck sausage rolls, and the sticky lamb ribs sounded pretty good too.

When I got back to the table, I innocently, but perhaps a little over-enthusiastically, commented that I had just been served by the best barmaid in the world. Strop’s reaction was to ask what was so good about her and did I want to shag her. Long years of experience has taught me that there is only one productive course of action in this situation. Immediate and conclusive denial. Do not try to reason, do not waver, just hold the line, and deny, deny, deny.

When the food arrived I realised that there wasn’t much in the way of vegetables, but Strop helpfully pointed out that chips used to be vegetables. There was a little scoop of a very tasty coleslaw that came with the lamb ribs. It had mint in it which was a welcome and unusual combination. The lamb ribs were nice and sticky and chewy, I could have done with more of those. The duck sausage rolls were enjoyable, but you couldn’t really taste the duck. We cut the pulled pork bun down the middle and strangely my half turned out to be very enjoyable, with a little bit of horseradish, which was a good thing. But Strop’s half was a bit disappointing, apparently. Oh well.

As the night wore on, the big fit men started to move on, leaving behind a bunch of much more mundane and less fit looking men and women. For a while Strop and I were the oldest people in the bar, until a bloke turned up on his own, settling down at a table near us with a walking stick, a glass, a jug of beer, and a packet of crisps. He was here to watch the Rabbitos versus the Panthers, and he knew exactly what he needed for a successful night out. 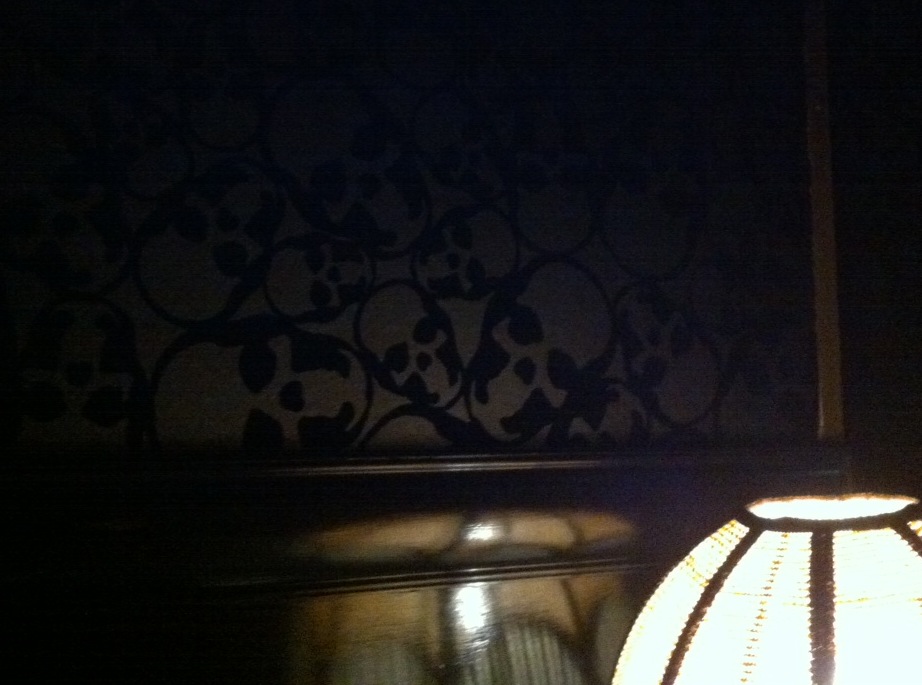 Instead of dessert, Strop and I headed upstairs to check out the cocktail bar. This was another dark area, strangely decked out with pinball machines, pool tables and black flock, skull-patterned wallpaper. We took our time perusing the cocktail list which seemed to unsettle the barman. He was trying to be helpful, assuming we were a bunch of old gits who had stumbled into his bar by mistake. He was half right. He asked us what kind of spirits we normally liked to drink, while we tried to read the cocktail list. In the end Strop chose a late night daiquiri and I went for a loose interpretation of a whiskey sour. While the barman went about his showy and shakey business, Strop and I amused ourselves by making witty comments about the ingredients. I don’t think the barman was as amused as we were. The cocktails were good though.

On leaving the pub, we passed a gelato shop and decided that an ice cream was required after all. So we walked home through the rain, while Strop complained that her vegan After Dinner Mint ice cream was a great disappointment because it just wasn’t creamy enough. There are some things that can only be learnt through experience.

That is the magic of quest. Strop and I get to spend time with each other and find out just how complicated we really are.