It has been a strange couple of weeks here in Painting-the-Bridge land, dominated by the long-expected and extremely sad death of a dear friend. So our pre-arranged date for a show at The Vanguard on the night before the funeral did not feel like the right thing to be doing. But we were wrong, it was exactly the right thing to do. We were cheered up, and diverted, and we remembered how much Gordon loved live music too. The food wasn’t bad either. 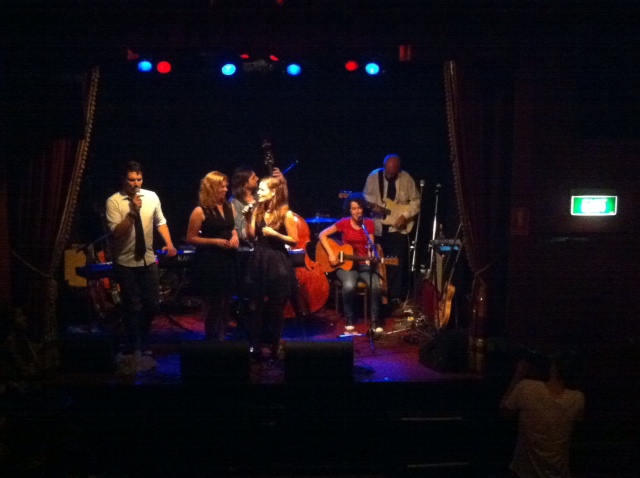 It all began as a wish to get together with some dog-park friends, to have a meal and catch up on post Christmas carrying-ons. Dinner was proposed, venues discussed, we said we’d never been to The Vanguard, they said they go all the time. Let’s go there. This was before Painting the Bridge leapt off our synapses and onto the interwebs, and we have only just got around to it because things move very slowly in dog-park time. Serendipitously, it slotted in perfectly with the quest timetable if not exactly perfectly with our lives.

So on a Wednesday night Strop and I found ourselves duded-up and queueing to get stamped at The Vanguard with Amanda and Michael, and their Melbourne friend Fiona. Apparently we were going to the launch of an EP and the star was someone called Jess Starreveld. No, I hadn’t heard of her either, but then I wouldn’t expect to as she was born after 1960. There were lots of young people going too, and a few other old people who turned out to be parents of the band members. It was that kind of show, people were there to enjoy themselves.

There were three acts, the sets were short and sharp (all gold, no mould) and the bands got bigger as the night went on. The rhythm sections and the harmonies were tighter than the proverbial. They probably all had multiple degrees from The Con. I was pleased however, that the resident guitar hero was an old fart of our vintage who seemed able to wipe the stage with the young whipper-snappers around him. The music ranged from gospel to folk to funk, and my only criticism was that they needed to relax into the groove a bit more in the funk numbers. [Strop: He’s searching hard for something to criticise, I loved the groove.] 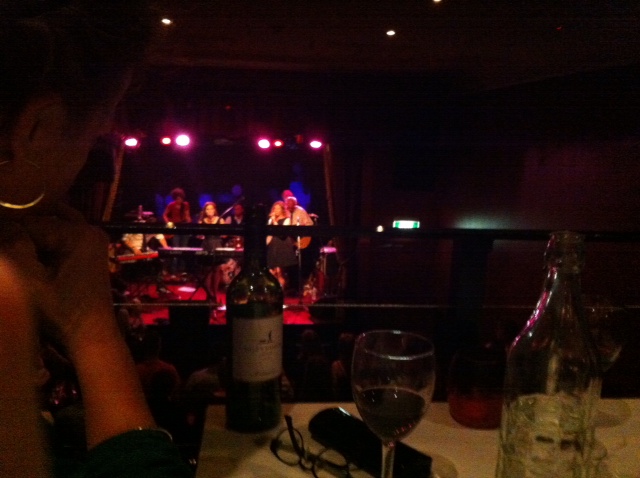 Between sets we ate and talked about the burdens of dog ownership, council rangers, whether there was a point to city farms, how to build a Moroccan garden entirely from materials bought at Bunnings, and where is that glass of Pinot Gris I asked for 15 minutes ago. The food was generally good, certainly much better than we expected after our last venue-slash-restaurant outing to The Basement. I  couldn’t go past something called Samoan Kokoda (which turned out to be raw salmon in coconut milk and other good things) and Pork 2 Ways . I’m a sucker for things more than 1 way, although it did seem that only 2 ways was a bit on the lazy side. Still the second way was black pudding so you can’t complain about that. Strop had Gnocchi and Prawn Sausage. The sides were mushrooms and potatoes. The mushrooms were dripping with butter and garlic and the potatoes didn’t last long either. For dessert we had a kind of tasting plate of all the desserts which meant we could avoid making decisions.

After the show we stumbled back onto King Street with full tummies and big smiles. It was what we needed.

Next up we will be breaking new ground 2 ways: crossing the road and our first Thai restaurant. There is some confusion about the name at this stage (it is either Thai Time Newtown or Thai & Night we think) but this is bound to be clarified by the time we sit down and open the menus next week.